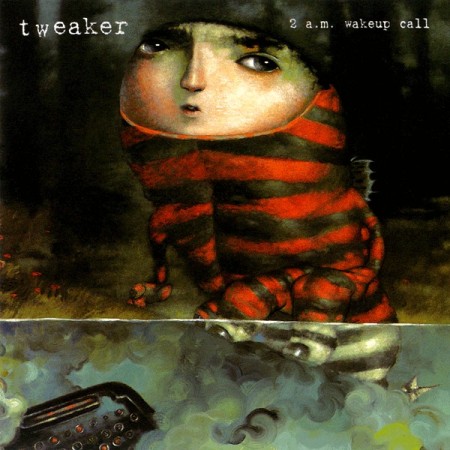 2 a.m. Wakeup Call is the second album from Tweaker (producer, remixer, ex-NIN drummer Chris Vrenna), following 2001’s The Attraction To All Things Uncertain. Continuing Vrenna’s fondness for conceptual works, 2 a.m. is a journey through nightmares, sleeplessness and a variety of nocturnal disturbances. Warm tones of piano and acoustic guitar moderate the expected electronic flourishes, taking the chill off songs exploring insomnia-inducing subjects like deep depression (“Worse Than Yesterday”), the manic mind (“Pure Genius”) and somnambulism (“Sleepwalking Away”). Framing Vrenna as a modern Burt Bacharach, 2 a.m. finds the composer crafting tunes for interpretation by other voices, though Vrenna had guest vocalists (including David Sylvian, Robert Smith and Will Oldham) write their unique lyrical visions for his mini-soundtracks. The results are surprisingly seductive. From the stark “Nights In White Satin” vibe of “Ruby” to Jennifer Charles’ opiated, candy floss croon on “Crude Sunlight,” Tweaker’s disquieting lullabies for troubled slumber provide uneasy listening at its finest.

This article was originally written for Rolling Stone’s Online Magazine. Though Rolling Stone remains in print and online, this article is no longer a part of their archive and has been added to the content base of The Worley Gig for our readers’ enjoyment.