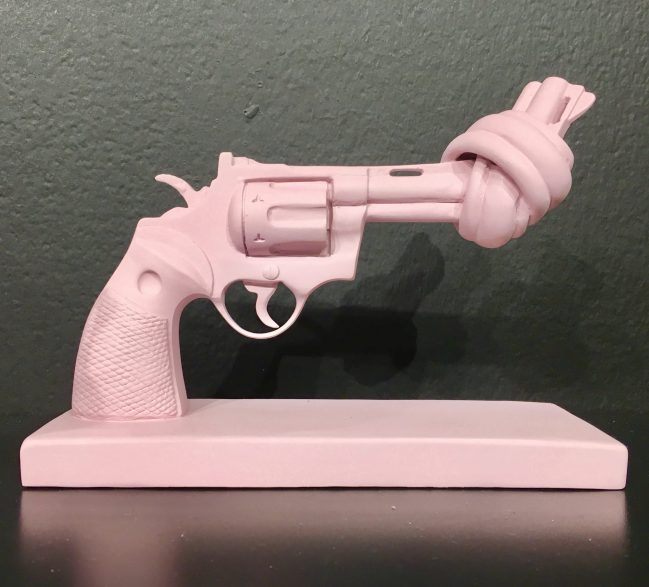 The Non-Violence Project Foundation (NVP) is a non-profit organization whose mission is to inspire, motivate and engage young people on how to peacefully resolve conflicts. It holds violence prevention and nonviolence education programs for schools and sports clubs around the world. NVP’s signature logo is the Non-Violence, also known as the Knotted Gun. It was created by the Swedish artist, Carl Fredrik Reuterswärd (1934 – 2016) as a memorial tribute to John Lennon after he was shot and killed on December 8, 1980, in New York City. Ambassadors of the Non-Violence Project include Sir Paul McCartney, Ringo Starr and Yoko Ono, among others. This Shell Pink Knotted Gun sculpture was spotted for sale in the Non-Violence Project’s booth at the Fall 2018 Affordable Art Fair in NYC.