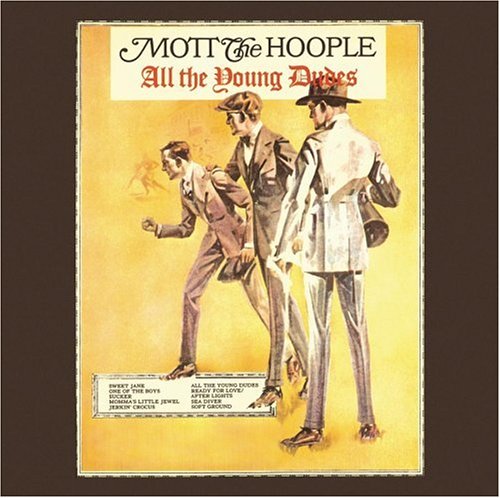 On This Day, May 26th, in 1972: Mott the Hoople, on the verge of splitting up, was offered two new songs by David Bowie, “Suffragette City” and “All the Young Dudes.” They would record “All the Young Dudes,” which became their commercial breakthrough. This awesome song is at the top of the list of my very favorite songs ever in the Universe of all time, as follows:

“All The Young Dudes”
“Shake Some Action” by The Flamin’ Groovies
“I’m Not In Love” by 10 CC
“Rock & Roll Hootchie Koo” by Rick Derringer
“No More Mr. Nice Guy” by Alice Cooper (original band)

As a side note, today May 26th, is also the birthday of Verden Allen, keyboardist for Mott the Hoople, who was born in 1944. Happy Birthday, Verden!