Hey NYC Art Lovers, if you are free this evening (Thursday, May 15th) why not pop over to the two Jonathan LeVine Gallery locations (they are just 3 blocks apart!) to have your mind blown at the opening night reception of Art Truancy, the coolest contemporary art group show, maybe ever!

Featuring the works of over 40 artists, Art Truancy celebrates the 20th Anniversary of Juxtapoz Magazine at a revered gallery space that has been around almost as long. Artists whose work you will see in this exhibit include Alex Gross, Alex Pardee, Andrew Schoultz, Brett Amory, Camille Rose Garcia, Chloe Early, Conor Harrington, Doze Green, Faile, Jeremy Fish, Jeff Soto, Marion Peck, Mark Ryden, Maya Hayuk, Miss Van, Neckface, Parra, Pushead, Robert Williams, Saner, Seonna Hong, Shepard Fairey, Swoon, Thomas Campbell, Todd James, Todd Schorr and others. I’m happy to be able to say that I was familiar with the work of so many of these great artists after having been introduced to their work at previous LeVine Gallery shows.
Last night I attended a press preview of the show and will now share with you some of my favorite pieces.

From the 23rd Street Space: 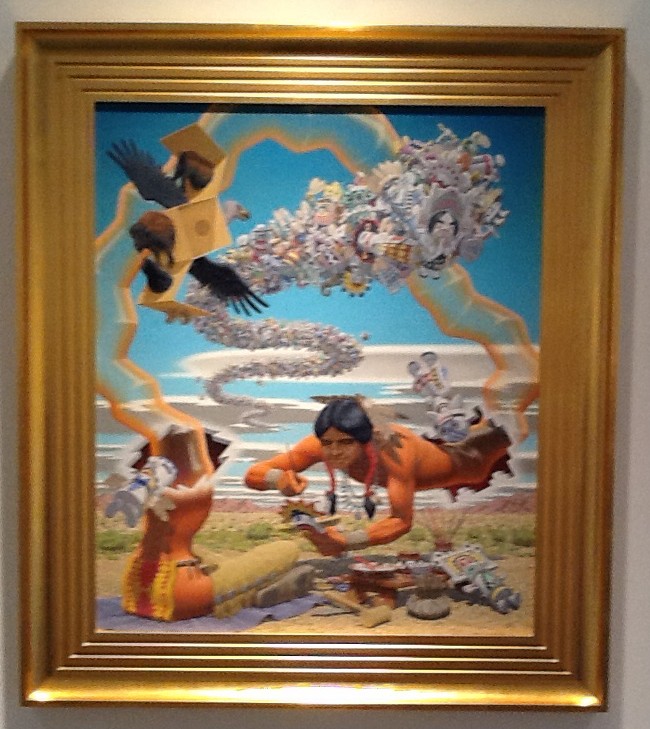 Art by Robert Williams, perhaps most famous for his painting, Appetite for Destruction, which was used as the back cover artwork for the Guns ‘N’ Roses album of the same name. 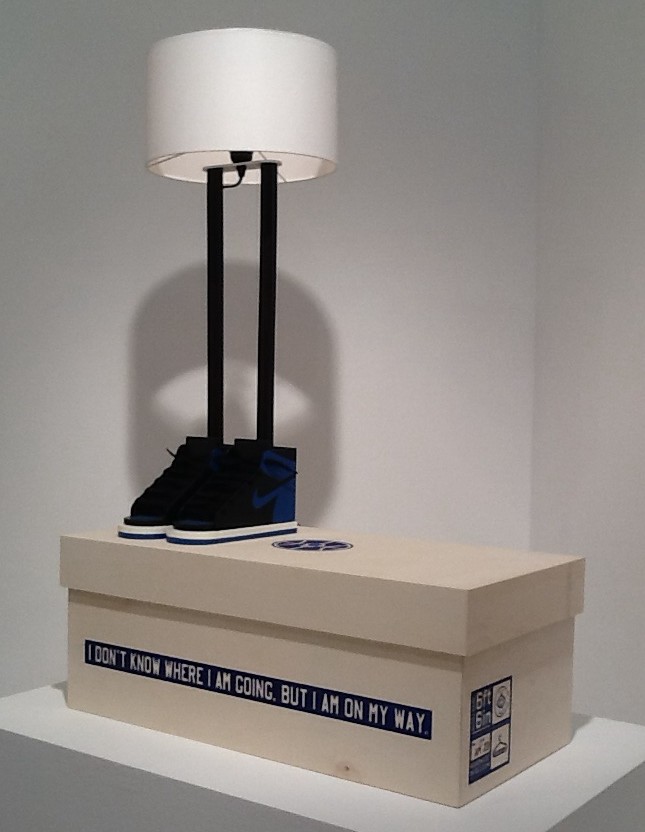 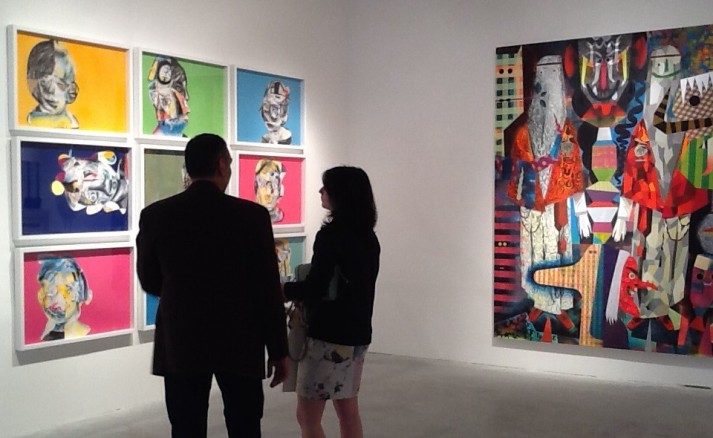 I did arrive on 20th Street a few minutes before they were officially open, as the two venues staggered visitors so that people would show up first at 23rd Street and then at 20th Street an hour later (I am just too quick!) so I would like to thank the Jonathan LeVine Staff (especially Malena Seldin) for allowing me to shoot while they were actually still hanging the show!

Here’s a preview of what you’ll see at 20th Street: 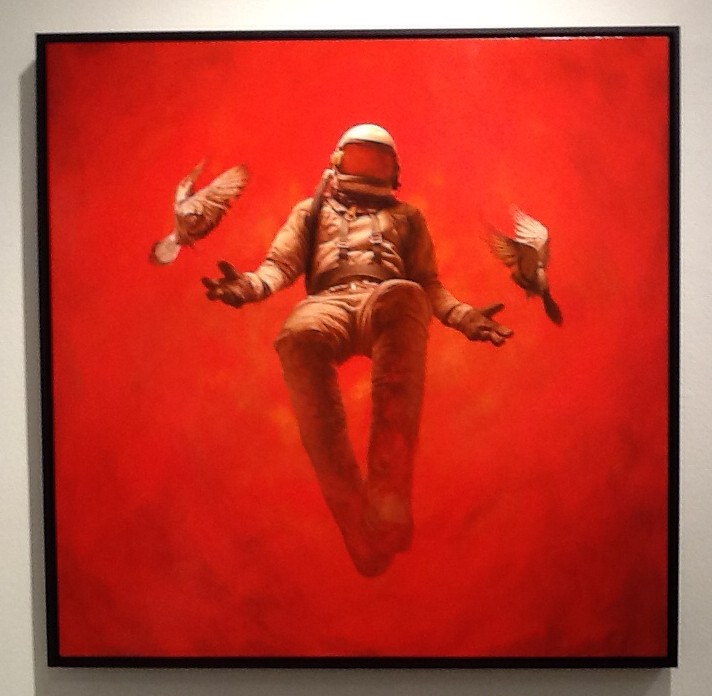 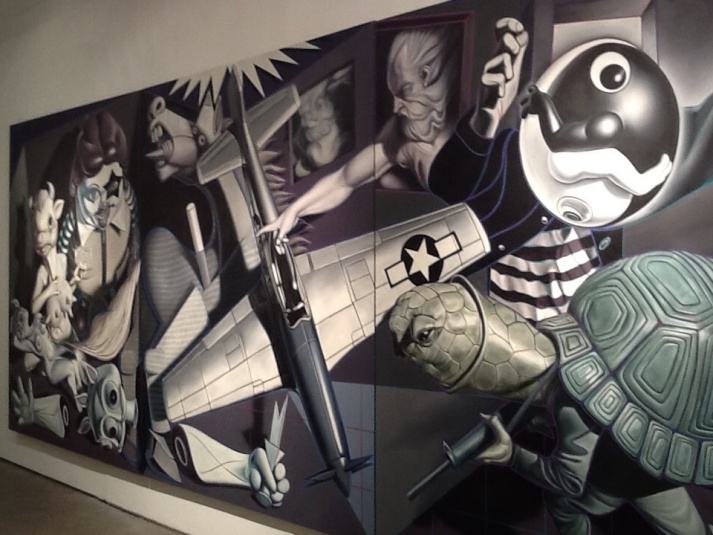 One of my favorite pieces in the show is this Octopus Sculpture By Scott Musgrove, which also holds tiny tea lights. I believe it might be a study for a large painting also on exhibit at 20th Street. 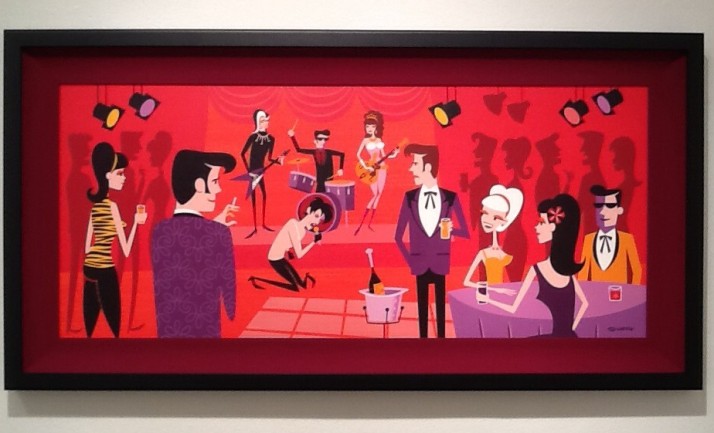 As you can see, this is a do-not-miss event!