Wow, what could be a more fitting and fantastic tribute to the late great actress, Karen Black (who passed away on August 8th, 2013) than this video of her singing the song “Brighter” accompanied by guitarist Cass McCombs, who’s playing his guitar before a montage of her film clips? Even better, the video was directed by the Black’s husband, director Stephen Eckelberry. Wow.

Eckelberry explains how the video came about. “Cass emailed me in late November 2013 and asked if I would create a music video for ‘Brighter!’ – the song he recorded with Karen in December 2012 – using classic clips from her movies. It struck me as an opportunity to explore a theme that interests me – the relationship of film and memory. We watch a movie and the images from that movie become part of our memory stream.

My own memories of Karen are intertwined with memories of her in films – since I directed several movies she was in – which memory is stronger; Karen during the making the film or what ended up on screen? An image came to me: Cass himself becoming a screen for the projection of images of Karen – as if his memories of her were playing themselves out over his body.”

“Brighter” is featured on McCombs’s latest album, Big Wheel And Others and I think it’s just a fantastic track, and such a nice remembrance of Karen. Enjoy! 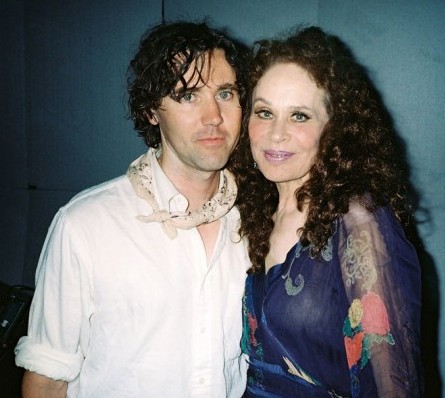