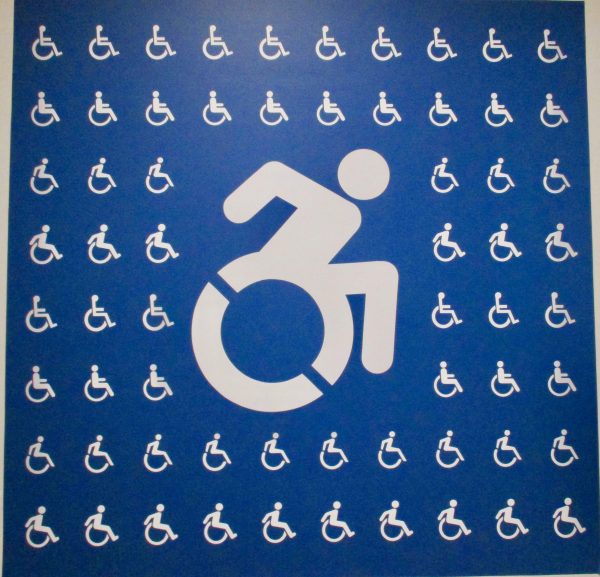 The original International Symbol of Access (image below) was designed in 1969 by Susanne Koefoed. Enlarged above is the Accessible Icon, a recent redesign that portrays a person in forward motion, propelling through space. Surrounded by small images that depict various iterations, the new symbol represents people in wheelchairs as dynamic, rather than static bodies. The Accessible Icon Project began as a social intervention with the goal of making cities more inclusive. Its symbol is open source and available in a multitude of formats and sizes. This image was designed by Tim Ferguson Sauder, Brian Glenney and Sara Hendren between 2009 and 2011.

Photographed in the Cooper Hewitt Design Museum in Manhattan.