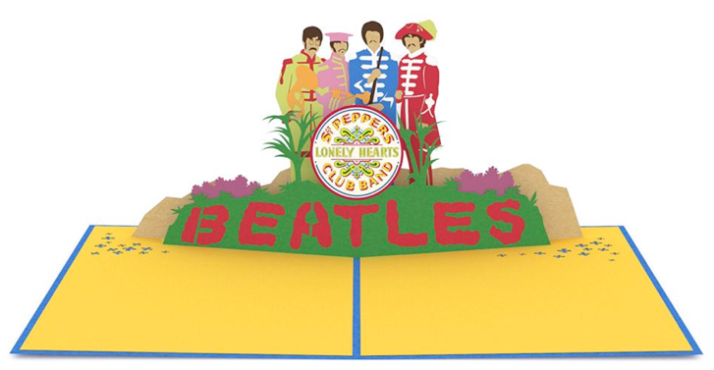 It’s been 50 years since The Beatles released Sgt. Pepper’s Lonely Hearts Club Band, an album widely considered to be among the best rock albums of all time, and aside from a very cool documentary about the making of Sgt Pepper (which was released on Septembers 8th) some cool collectible memorabilia is also making its way to the market. In honor of this exciting anniversary, 3D design company Lovepop have released The Beatles Sgt. Pepper 3D Card! This gorgeous design was created in partnership with The Beatles and is one of three officially licensed designs that include a fabulous 3D rendering of the Yellow Submarine, and the iconic scene of The Beatles crossing Abbey Road.

I suspect you may feel the need to own these. The Beatles‘ cards sell for $15 each or $40 for a pack of all three designs, and can be purchased at This Link!

2 thoughts on “The Beatles Pop Up Greeting Cards!”