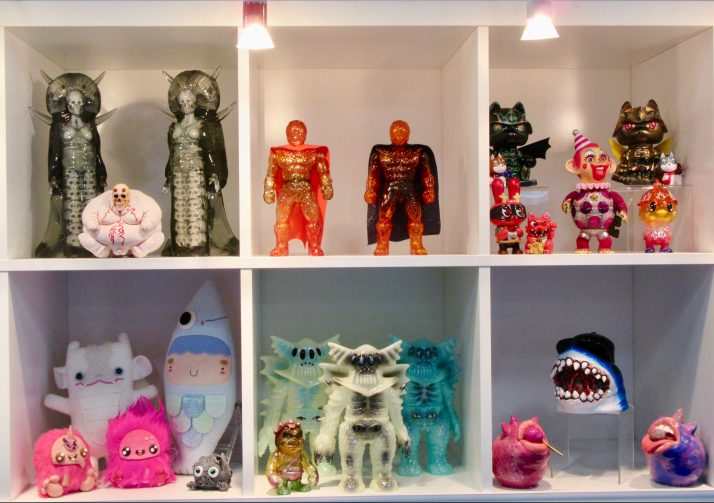 I feel no shame admitting that I had stuffed animals on my bed into my thirties. Despite being a grown adult with a day job, I still love and collect toys, and I especially have a sick fetish for Designer Art Toys. This is why the annual Five Points Festival is my jam. Thanks to this awesome blog, I was able to score press passes once again to this year’s Five Points Fest, which took place the first weekend in June. Since Geoffrey is no longer on-the-scene, so to speak, I brought along my photographer and Partner in Squee, Jamie, and we spent about  5 or 6 hours trawling through hundreds of tiny toys and using the words “Cute” and “Adorable” about one hundred million billion times, each. Just being serious.  While many designer toys are limited editions that can sell for hundreds of dollars, it is also possible find dozens of captivating art toys at Five Points Fest that can be yours for as little as $10 each. Please enjoy my photos of some of the toys that we found to be most squee-worthy, and you will see how easy it can be to build an affordable toy collection that adds joy to your life.

Do you like Buff Monster? I sure do. This Hot Pink version of his Mister Melty creation is a limited edition that was selling in the Clutter Magazine booth for about $275, I think. That sounds like a big chunk of change, but consider that this piece is also a highly-collectible work of art. Clutter is a  generous sponsor of Five Points Fest so I want to give them a big Shout Out, right now!

These cute little guys are called Squash Buddies ($8 each) and, yes, they are scented! Top Trenz is the manufacturer and they were found in the PIQ booth. 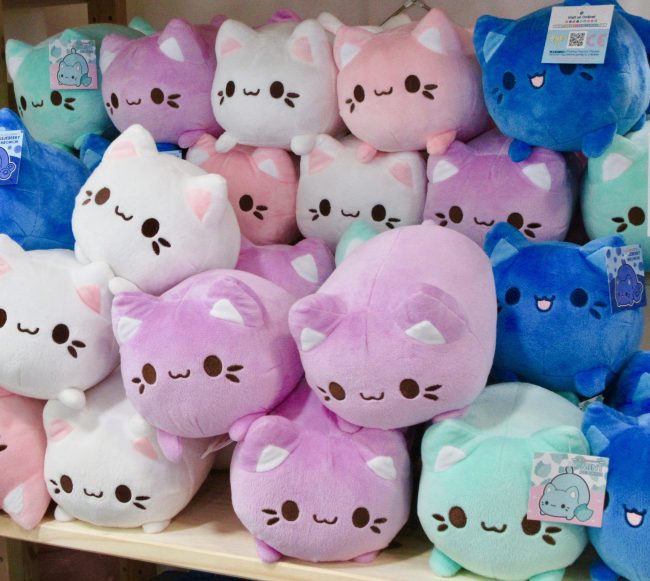 PIQ is also where I discovered this shameless Pusheen rip-off series of Fat Cats called Meowchi, by Tasty Peach Studios of Japan. Don’t be fooled by imitations! Demand Pusheen!

Why did I take a picture of the box but not the toy? Clever Idiots, indeed. Sushi Cat sells for $7.99.

Hey look; more cats for you Cat Lovers! This slothful feline is part of the Lazily Sitting Cat Series by Vivi Cat. There are nine different poses to collect (9 Lives = 9 Cats) which sell for $12.50 each, and they are from Pop Mart toys.

3D printed Hello Kitty Buddha comes in two sizes and is from our pal Mucky Chris.

Are you read for more cuteness? Here it comes. 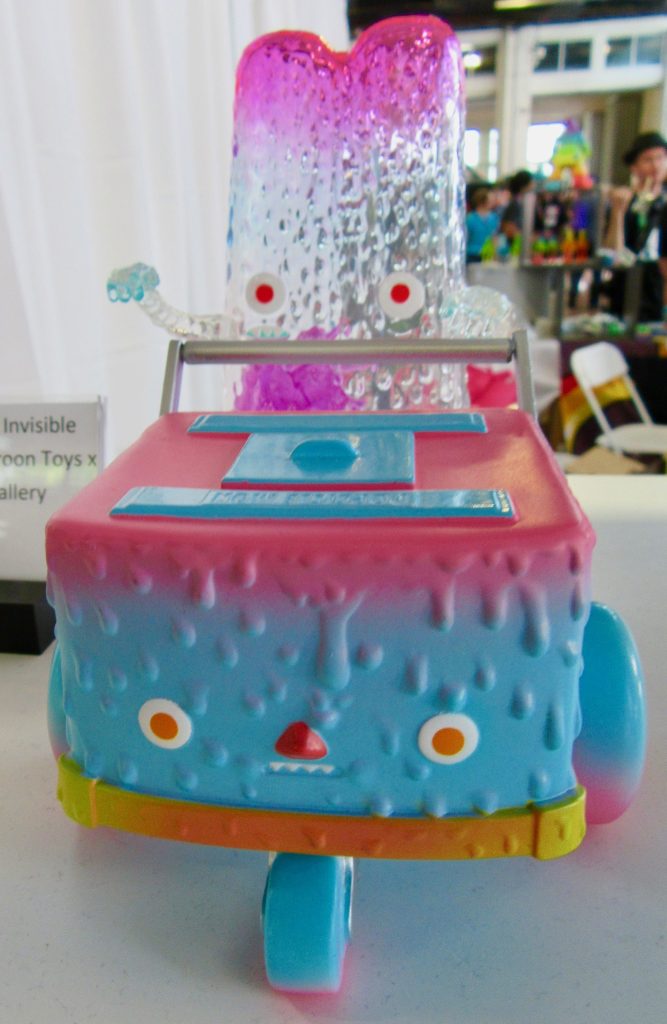 The Cube Whale by Sank Toys sells for $115. Here’s a closer look at this very unique and clever designer toy! 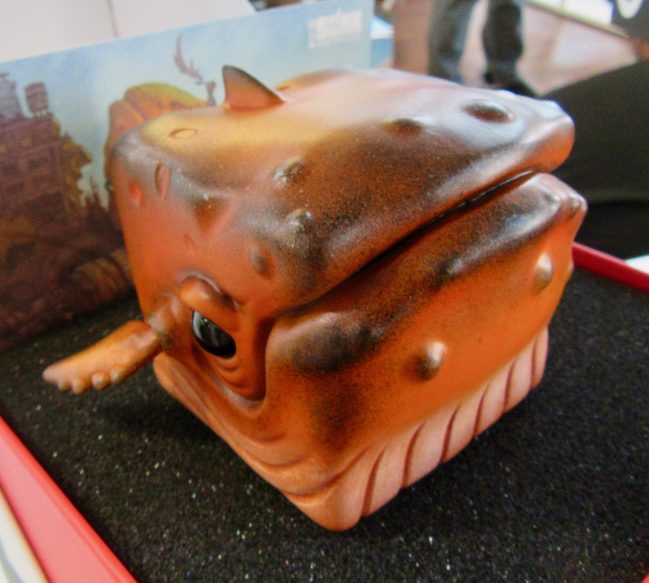 Bobo and Coco Blind Box Series by Pop Mart sells for $11 each. The Cuteness. 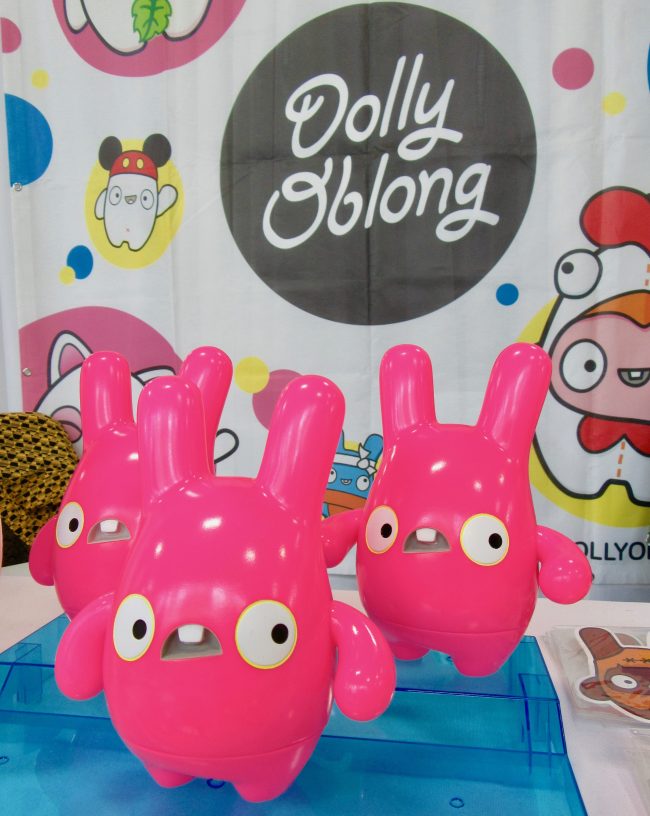 The Croconana comes in a variety of ‘flavors’ and sells for $65 each. 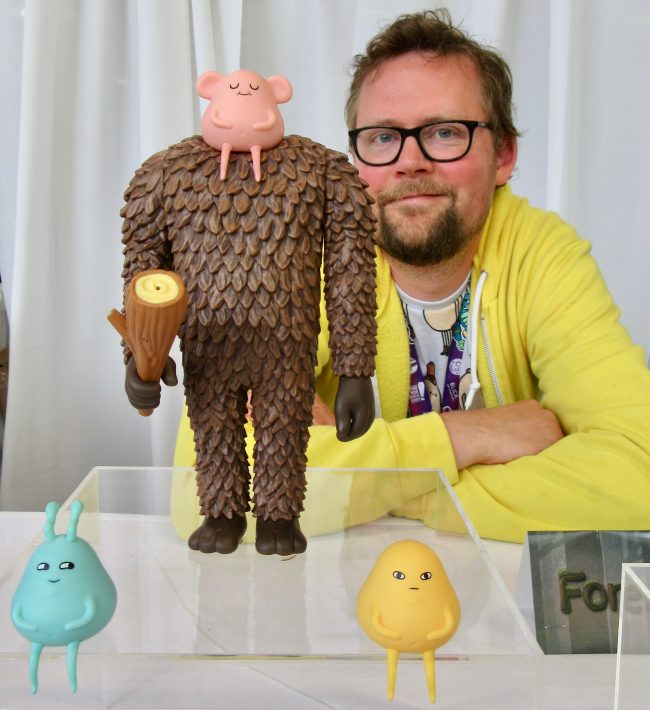 Monsters can be cute as well as scary. Check out the Cranston Junior Vinyl Bat Toy series ($70 each) by Lou Pimentel, whose is a fine artist as well as toy designer! 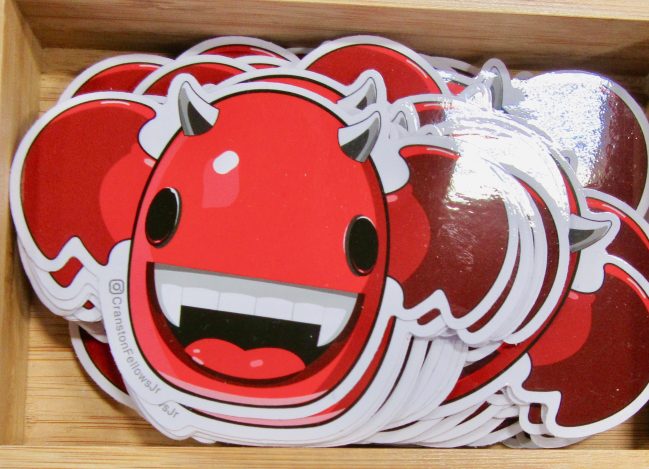 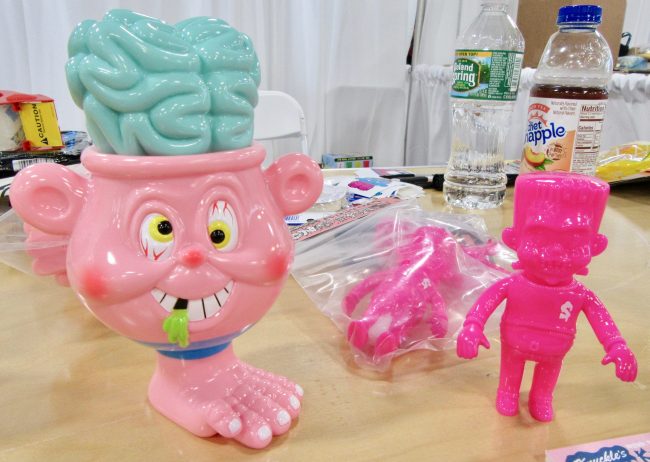 T9G and Shoko Nakazawa, two artists living in Tokyo, collaborated on this mini  Sofubi (a soft vinyl figure) set of three monsters from The Little Hut, which is priced at $45. Left to right, the creatures are named: Rangeas, Rangeron and Byron, who appears to be possibly modeled after This Guy.

Meet Mayor McBlob, a sculpted resin figure from LoveCats Collectibles. I can’t even stand how cute he is. Mayor McBlob was created by a fantastic lady artist named Sciamellis, and this size figure sells for $25. I believe the green one also glows in the dark!

This delightful trio of Donut Girl figures come from The Coven of Cuteness, makers of ‘creepy cute’ art dolls. These little gals are meticulously hand-sculpted by artist Jennifer Liceaga and sell for $100 each. Worth it.

I have no idea what these fanged, winged figures  are called, but I found them in the booth shared by Mushi Bros Toys and Guumon. Lots of fun!

These little demons are called Wundertakers and they are from Housegoth Curiosities by artist Mandy Szewczuk. I don’t know the exact price point of Mandy’s adorable creations but I do expect that  these were in the priced-to-own category. 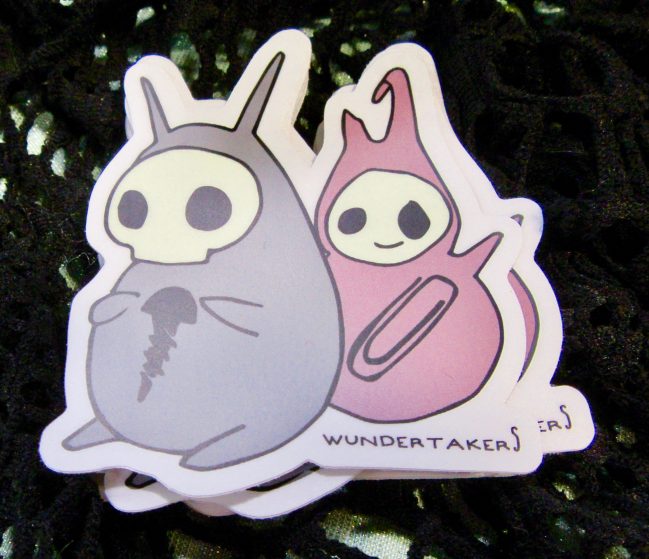 I am dead now, from the cuteness.

Speaking of being dead, the Karoshi San: Model Employee Edition by Dead Zebra, Inc. (designed by Andrew Bell) comes with his own Death Certificate inside his tiny briefcase! This $65 limited edition figure can still be purchased on line at This Link! 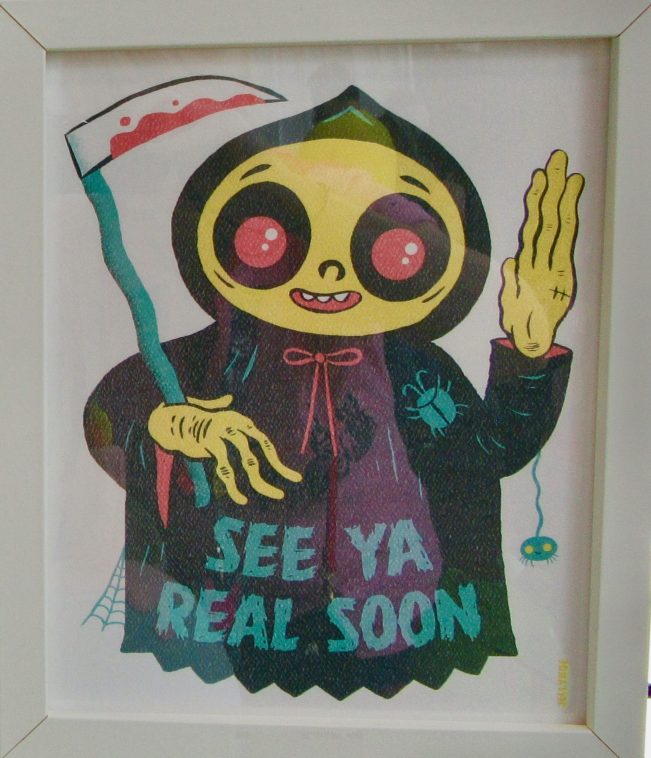 If there is one exhibitor who has the horror/cuteness mash up down, it’s Jellykoe, who were one of our very favorite vendors from last years show. A Cute Grim Reaper, please, I am literally dying. Jellykoe’s framed original drawings sell for just $25! What a bargain!

These big-eyed Cenobites (from the Hellraiser franchise) will melt your Hellbound Heart (see what I did there).

I need one of these for my desk!

Five Points Festival is really about so much more than toys. Events at the show included  live painting competitions by popular street artists, plus booths selling food, clothing, comics, action figures, jewelry, pins and lots of original artwork. I covered all of that in last years’ post, and this year I wanted to tighten my focus on a Toys recap, but I’ll be writing a few individual posts on super cool items spotted at other booths that were not included here, so stay tuned to Worleygig.com for continued coverage! 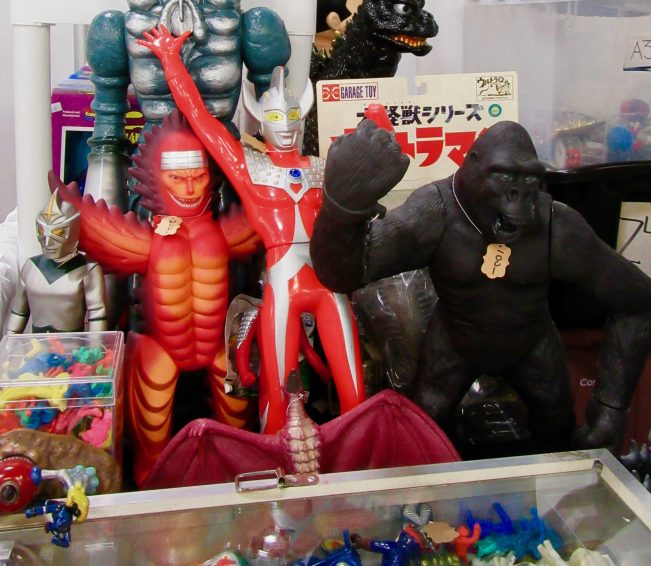 Bye, See You Next Year!

One thought on “Five Points Festival 2019: The Photo Recap!”