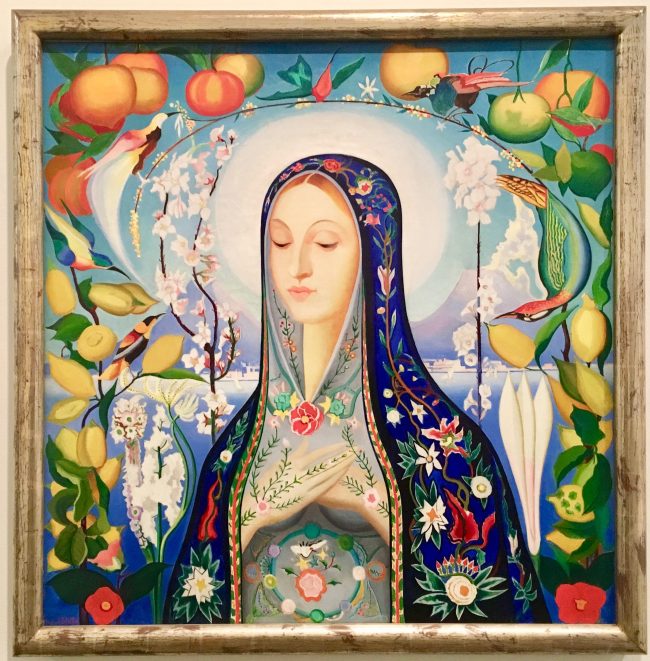 Famous for his depictions of modernist icons such as the Brooklyn Bridge, the Italian-born Joseph Stella immigrated to New York in 1896. There, he produced Cubo-Futurist compositions of the city that captured the tempo and dynamism of urban life. In later years, however, Stella returned to Italy and focused increasingly on religious themes. In The Virgin (1926) the Virgin Mary appears against a dense array of fruits and flowers — common symbols of fertility — with a view of the Bay of Naples in he background. Reinterpreting Italian Renaissance altarpieces through a brightly saturated palette and bold modeling of form, Stella’s Madonna embodies the early twentieth-century interest in region and spirituality.