Backstory: In the summer of 2009, I was still writing for Modern Drummer magazine and got an assignment to interview a drummer named Pete Wilhoit, of the band Fiction Plane. I had heard of Fiction Plane already, specifically because the band is fronted by Sting’s eldest son, Joe Sumner. I had never heard their music, but I was pretty sure I would not dig them. Because Sting, well, let’s just say his music in not exactly my bag.

Guess what? I was incorrect in making that assumption. Pete turned out to be an amazing drummer, a great interview and a very cool guy. Around that time, I also went to see Fiction Plane play live at the Mercury Lounge downtown, and they just blew my mind away completely. Honestly, I could not believe they were such an exciting and engaging live band with a following of absolutely rabid fans. The show was just insane.

This week, Fiction Plane’s latest video for the song “Where Do We Go From Here” showed up in my mail box, and it felt like I was hearing from a favorite old friend. Fiction Plane’s sound has definitely matured in the half-decade since I’ve seen them, to where they sound less like a more aurally appealing version of The Police and now fondly remind me somewhat of Joshua Tree-era U2. Maybe that turns you on, maybe not, but it sure is refreshing as hell to rediscover a band whose music doesn’t sound like it came from a can.

Fiction Plane’s fourth studio album Mondo Lumina will be released on November 13th, 2015. The band performs at Pianos in New York City on October 13th as part of the Rhyme & Reason Records Showcase during the CMJ Music Marathon. In the meantime, enjoy! 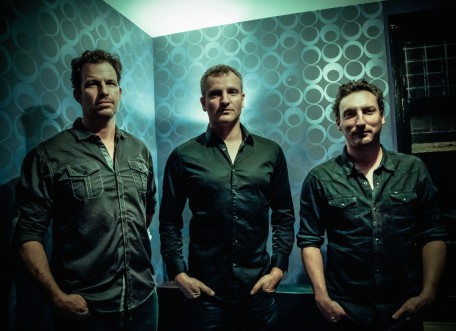 Everyone who knows me is aware of how difficult it can be to get me to leave my house to attend a mid-week rock show. Unless food is involved, it is usually not going to happen. The reasons for this are two-fold. First of all, any band whose set time starts later than 9:00 PM is automatically eliminated from consideration, because if I’m not in bed asleep by 11:30 PM I turn into a pumpkin. Secondly, I honestly hate 90% of all music recorded after 1985. Just being serious.

But last night I was coaxed out to see a show at the nearby Mercury Lounge (a 15 minute walk from the Chickpad) under the pretext that the band would go on at 8:00 PM, and I would be back at home drinking a glass of chardonnay and watching reruns of The Office by 9:00 PM. I was also advised that the drummer of this band would knock my little pink socks off and that I could perhaps pitch him to Modern Drummer. Last but not least, I was promised that the band would not suck. I couldn’t really say no.

The name of the band I saw is Fiction Plane, and let me tell you truthfully that they are one of the best live bands I have seen. The show was FANTASTIC! I was so blown away by this band, and you know, as previously mentioned, that I hate almost everything. Lead vocalist/bassist Joe Sumner, (who at 32 is the eldest spawn of Sting and actress Frances Tomelty)  is a dynamic front man and it does not hurt that he is so fucking gorgeous, even I was ready to throw my underwear on the stage. He looks like the California surfers I used to drool over when I was 15. Vocally, Sumner sounds quite a bit like his dad, and the band’s songs are flavored with a hard-to-miss Police influence – especially rhythmically – but they go so far beyond that. I was really, seriously impressed and very much entertained by them.

And the club was packed; not just with twenty-something girls all dressed up like they were sure Joe would fall in love with them if they could just sneak up to the edge of the stage and catch his eye, but with regular guys.

Generally with any new band, their songs go right through my brain, leaving absolutely no hook residue whatsoever in their wake. But I left the Mercury Lounge with actual bits of Fiction Plane songs stuck in my head (especially one about being “in love with your sister,” or something), and that just never, ever happens with me. Please do not let the fact that Joe Sumner is related to Sting keep you from seeing this fantastic band! I will sum up my opinion of Fiction Plane now in five words: great great, great great great!

Visit Fiction Plane Dot Net to find out when the band will be playing in your town. 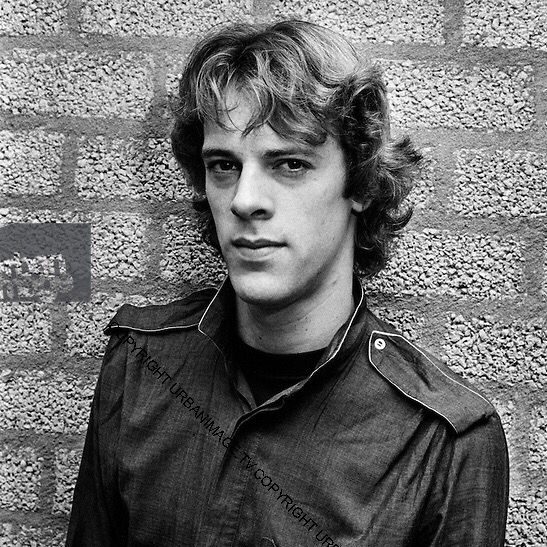 I don’t care what anybody says about Sting being some kind of a Sex God: Stewart Copeland is smokin’ hot!

“I’m a cartoon American, with a deep understanding of the English psyche. I went to British boarding school. As an adult I was in England. My band, The Police, was an English band, I broke out of England. I’m more English than I care to admit. Although, like I said, I’m American, goddamit.”

The (former) drummer for The Police said that and a whole bunch of other very cool, crazy fucked-up stuff in my friend Ian’s amazing Interview with Stewart Copeland up now at Ink19.com. Nice work, Ian!