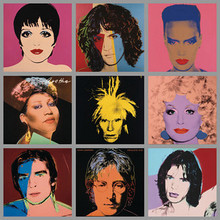 Andy Warhol Live at the DeYoung. I Saw It.

Hey what’s up. I got back last night from my rad trip to San Francisco, where I had the time of my life nonstop for five days, taking only short breaks in the extreme fun-having for tiny bouts of sleeping. San Francisco is so awesome I can hardly even remain alive now that I am back in NYC. Some of you (having read my most recent post) may recall that I journeyed to the west coast last Thursday to attend the Bartmizvah Palooza of Griffin Sloves. Griffin is the adorable and genius son (national chess championship finalist at age 5) of my good friends from College (and former roommates) Jonathan and Diana, who are just seriously two of the best people on the planet. Let me get you caught up with the Reader’s Digest Condensed version of how I spent my time while I was away from the blog.

Since I arrived in SF on Thursday evening, I had all day Friday free before Barbara (my hostess and fellow Bar Mitzvah attendee) and I had to drive a million miles in rush hour traffic to the suburbs for the Bar Mitzvah Pre-show activates. That left me with many free hours to hang out with Michelle, another super cool SF-based music industry pal of mine. Michelle is so very ass kicking. She and I spent the afternoon at and around Fisherman’s Wharf, doing touristy things like visiting the Aquarium and snapping pics of me posed by the bay with landmarks like The Golden Gate Bridge and Alcatraz Island in the background. It was also about 70 degrees on Friday, so it was fun to run around without a coat on. Weee! 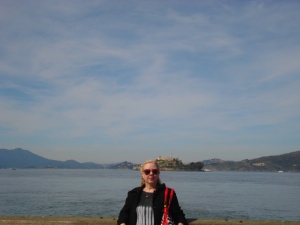 Friday evening we drove and drove to Fremont and checked into our hotel – the Hyatt Place, where we would spend the night so we could be conscious early enough to get to the temple on time. The Hyatt was nicer than any hotel I’ve ever stayed in and the cost for one night’s stay was, get this, $80! The same hotel in NYC would have been about $500 per night. We were very sad to be only staying one night because the beds were soft as clouds and the room had a huge flat screen TV that we fell asleep watching. Heaven.

This was my first time attending a Bar Mitzvah and its accompanying festivities, and I can tell you now from experience that it is a really fun time, because you are being fed almost constantly. Plus it’s a fun way to learn some Hebrew. The most memorable part of Griffin’s Bar Mitzvah service, however, was the three-point-something earthquake that shook the temple ever so slightly during Griffin’s Torah readings. Excellent! 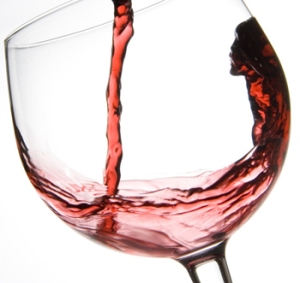 Between the Saturday morning services and the evening’s planned party-slash-free-for-all with massive food and games, Barbara and I had time to go on a wine tasting excursion with longtime pals Ken, Kim and Vince. Because drinking all day is fun! I bought a fancy wine aerator pourer thingy, which I am told will make a $3.99 bottle of Trader Joe’s wine taste like a $7.00 bottle. Yes! Griffin’s post-Paloozah bash kicked off at 6:00 PM at a huge food-and-fun emporium called City Beach, which is like a Chuck E Cheese for adults. The party is pretty much a total blur, which I think means I had a good time!

On Sunday, it was raining like crazy and the city looks so gorgeous in the rain. I mean, really like “Primeval world” gorgeous. To crown my final day in the city, Barbara and I had our traditional “gay brunch date” at our favorite SF restaurant, 2223 Market in the Castro, where we make a point to have a meal whenever I visit. We are always the only straight people in the place, and the food is excellent. After gay brunch, B and I met up with Vince and we all traveled over to the newly remodeled DeYoung Art Museum in Golden Gate Park. Our primary goal was to take in the new Andy Warhol exhibit, Warhol Live. Now, it is no secret that I am a huge Andy Warhol fan, and I will tell you now that the exhibit is JUST INSANE and you simply MUST GO. We had time to wander aimlessly through the entire Yves St Laurent clothing retrospective as well, which just blew all of our minds collectively away. Oh my god (clutches chest), such clothes. We were at the DeYoung until they kicked us out at 5:00 PM 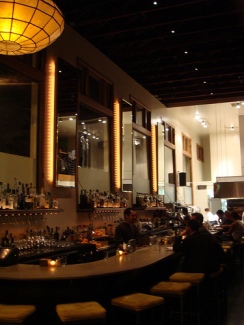 Now comes the really potentially hilarious part of the trip, which was dinner on Sunday night. Whenever I visit a city where I have a lot friends, I like to organize some kind of group dinner/meet-up, and this trip was no exception, because San Francisco and the surrounding Bay Area is crawling with assorted peeps from my recent and ancient past. So Barbara and I raced over to the city’s hottest new foodie paradise, NOPA on Divisidero to meet up with Michelle, two of my drama-free ex-boyfriends (one of whom has managed to spawn four children and eight grandchildren since we broke up – quite an impressive feat!!), a friend I haven’t seen since we graduated from High School together (Thank you Facebook), and her husband! Fun! Fortunately, a mutual love of yours truly brought everyone together in harmony and a wonderful evening was had by all. Even if I did miss the Academy awards.

On the plane home on Monday I finished reading nearly half of Chuck Palahniuk’s Invisible Monsters. What a great trip!

(Accommodations in San Francisco were provided by The Doll House; thanks Barbara!)

0 thoughts on “The S F in San Francisco Stands For So Fun!”