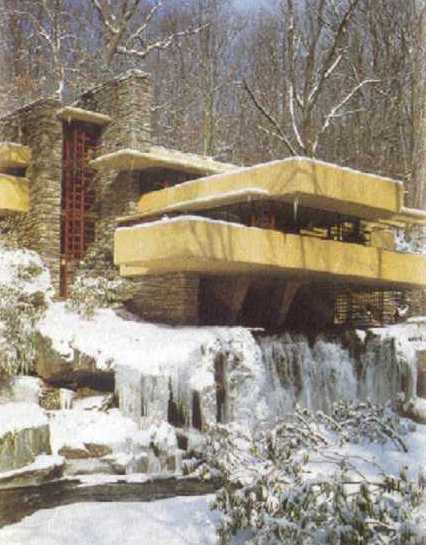 “The space within becomes the reality of the building.” Fallingwater House (Located in Bear Run, Pennsylvania) in Winter

Anybody who knows dick about architecture knows that Frank Lloyd Wright was a mysterious genius. The Guggenheim museum here in NYC (which Wright designed) currently has an amazing retrospective of his projects – both built and unrealized – including plans, drawings, schematics, models and photographs of structures that would just crack your skull wide open with their awesomeness. Geoffrey and I saw the Guggenheim show a few weeks ago and I am still having dreams about his houses. I mean, have you ever seen pictures of the Fallingwater House? Can you even believe something like that exists? Talk about an artist who was light years a head of his time.

The Frank Lloyd Wright exhibit runs through August 23rd, 2009 at the Guggenheim Museum, located uptown at 89th and Fifth Avenue, across from Central Park.

0 thoughts on “Frank Lloyd Wright: From Within Outward”