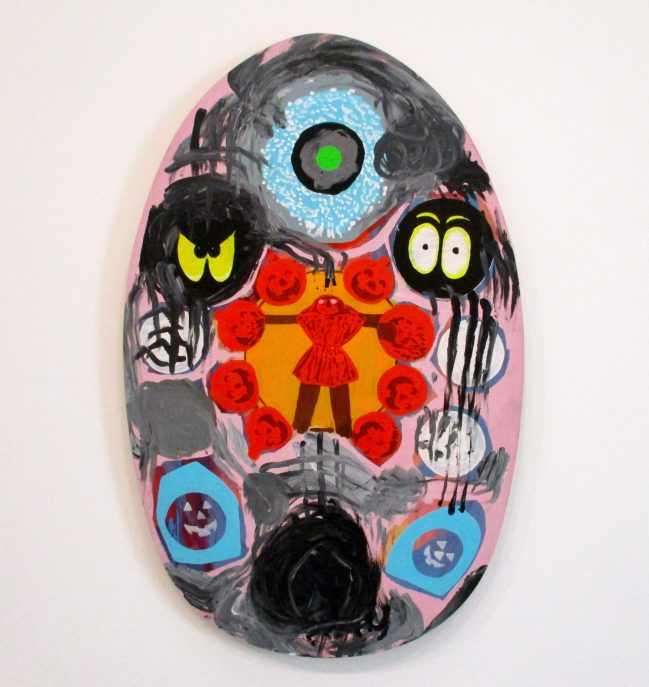 Skarstedt’s Chelsea gallery is currently hosting an exhibition of Mike Kelley’s shaped paintings, never before seen as a group. Dating from the early to mid-1990s, this body of work demonstrates Kelley’s return to the medium following a 15-year span of performance, multimedia and installation art. Deconstructing the canon of modernist color and composition, the paintings manifest Kelley’s psychological road map through images recovered from his memory.

A source of Kelley’s rebellion was his formal art training at the University of Michigan, which emphasized the philosophy of Abstract Expressionism. Reflecting on his time at school, Kelley stated: “My education must have been a form of mental abuse, of brainwashing.” Kelley explored “screen memories” in his shaped paintings, delving deep into his unconscious to recover and identify the repressed memories of his trauma.

For The Thirteen Seasons series, Kelley created an oval-shaped painting on wood for each month of the year. Meant to resemble his student work, the paintings come to terms with influences of his art education, focusing on elements of Hans Hofmann’s “push-pull” theory, in addition to typically expressive techniques, such as finger painting. Childlike illustrations, such jack-o-lanterns and cartoon animals, reveal Kelley’s memories, unrestrained by conventional composition. 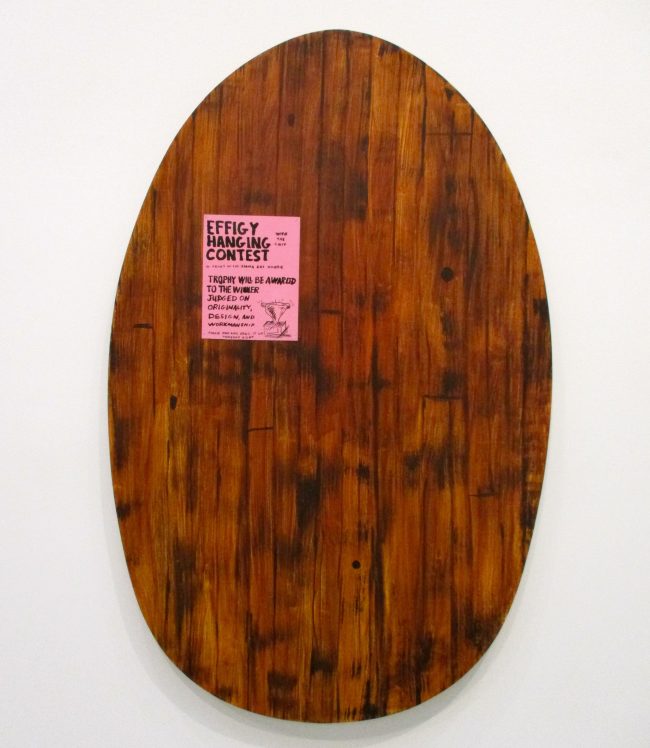 The final work of the series, The Thirteen Seasons (Heavy on the Winter) #13: Art represents the month that doesn’t appear on the calendar. Kelley employed a wood grain trompe l’oeil technique to the surface, suggesting that the appearance of wood is effectively permanent through painting. Here, Kelley offers a reminder that art belongs to the thirteenth season, of memory, one that is independent of the calendar’s rhythm and preserves its existence throughout time. 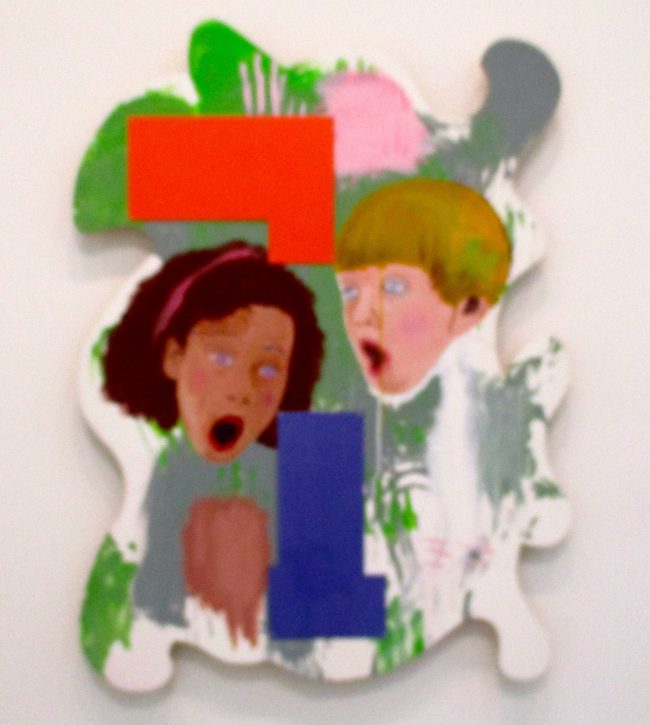 Kelley revisits his troubled youth in Prenatal Mutual Recognition of Betty and Barney Hill, which was originally exhibited at Metro Pictures in 1995 as part of the Timeless Paintings series. That exhibition presented paintings along with architectural models of Kelley’s schools, the designated sites of  his abuse. Echoing The Thirteen Seasons, portraits of a boy and girl float aimlessly above Hofmann-like geometric forms in the irregularly shaped composition.

Untwisted Cross follows a similar pattern of regression to childhood in its coarse sketch of a skull among blocks of color. As a diverse group, Kelley’s shaped paintings draw focus to his unique approach to painting and critically inform the rest of the artist’s oeuvre.

Mike Kelley’s Shaped Paintings will be on Exhibit Through June 25th, 2016, at Skarstedt Gallery, Located at 550 West 21st Street in the Chelsea Gallery District. 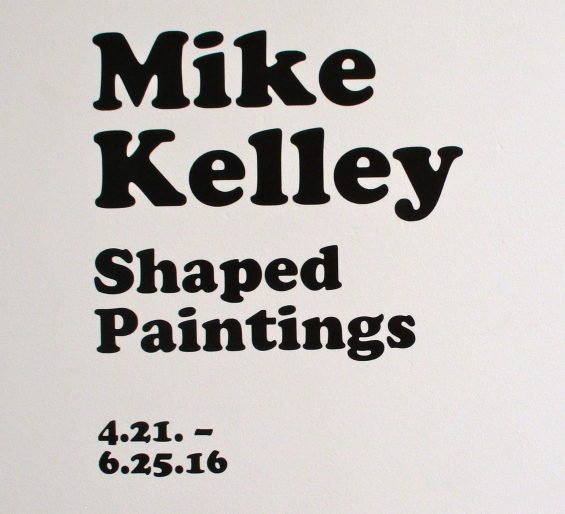 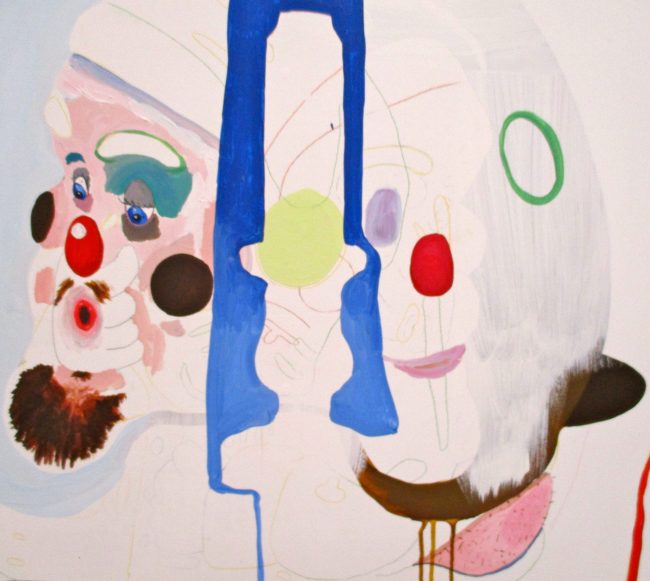