The late, great singer/songwriter Harry Nilsson was born on this day, June 15th, in 1941. I recently watched the unbelievably well-made documentary, Who Is Harry Nilsson (And Why Is Everybody Talkin’ About Him)? which is now available on DVD via Netflix.

I’m a huge fan of Nilsson’s music, as he reached the height of his popularity in the sixties and seventies, when I was growing up, so I thought I knew a lot about the guy. But Who is Harry Nilsson? gave me quite a schooling on the details of Nilsson’s life and career that I couldn’t have imagined.

This insightful documentary goes way back to his childhood, his family life, his early career writing songs for others that grew into his own recording career as a solo artist, his film soundtrack projects, personal friendships with other songwriters and musicians (Nilsson was a favorite artist of all four Beatles and he maintained close friendships with John Lennon and Ringo Starr until his death) and a wildly in-depth overview of his recording process via interviews with those he worked closely with (the interviews with producer Richard Perry alone are worth the time it takes to watch the film).

Of course, it’s not like you don’t know how the story is going to end. A well-covered topic in Who Is Harry Nilsson? is the artist’s ridiculously indulgent and debauched Rock Star Lifestyle, which lead directly to his early death at age 52 – a tragic waste of an extraordinary and irreplaceable talent.

I was entirely captivated, entertained and profoundly moved by the life story of Harry Nilsson, who was extremely respected for his talent and considered by his peers to be the greatest American singer of his generation. There is no doubt that his influence is vast and deeply felt even today. Harry Nilsson died on January 15th, 1994 from heart failure brought on by a lifetime of alcoholism and hard drug abuse. If he were still alive, he would be celebrating his Birthday today. Happy Birthday, Harry, we still miss you. 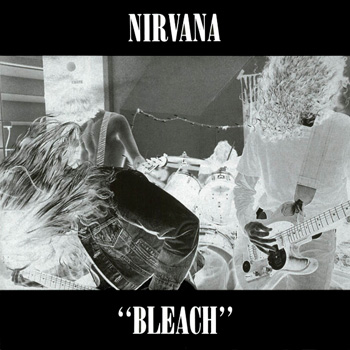 On This Day, June 15th in 1989: Nirvana released their debut album Bleach. Initially the album sold 30,000 copies but would later go on to be certified platinum. The album was recorded by legendary engineer Jack Endino in 30 hours for a cost of $606.17, using a reel-to-reel 8-track machine. It’s hard to believe it’s been over twenty years since we first heard “About a Girl” and “Love Buzz,” right? Bleach is my favorite Nirvana album.