This Pink Poodle Christmas Ornament (priced at just $14.50!) was spotted in the Simply Fresh Gift Shop in San Marino, California. They stock all kinds of cool gifts and slightly retro seasonal decorations, and I always enjoy shopping there when I am in LA for the holidaze! 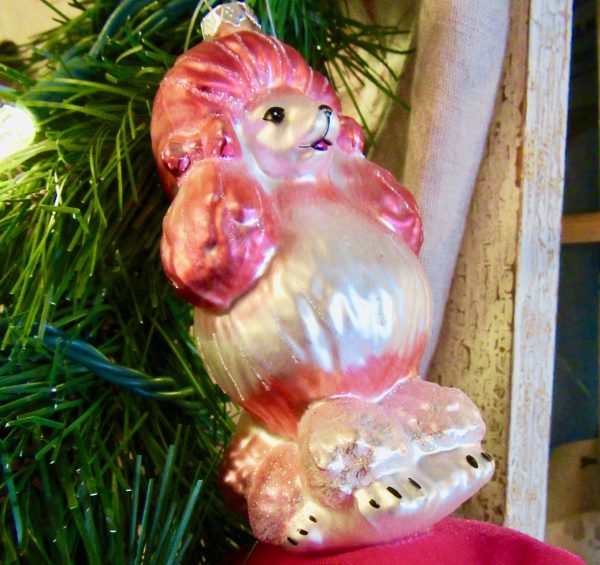 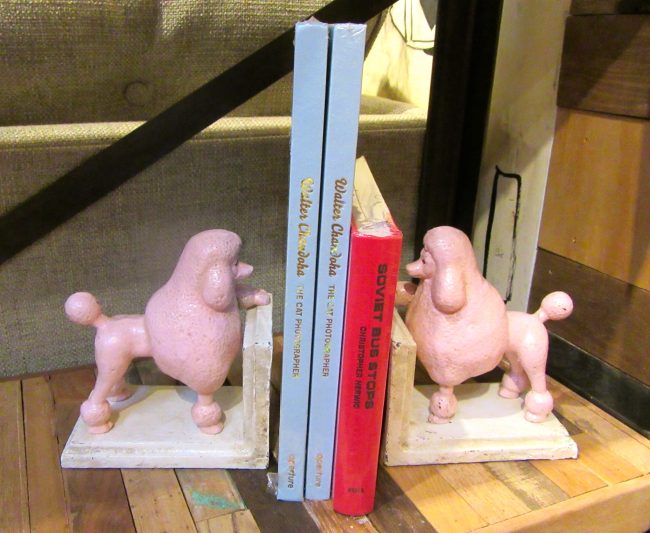 A & G Merchandise is a fun home furnishings store that’s just across the street from Sea Thai restaurant in Williamsburg, and Geoffrey and I often use it as our meet-up destination when we are heading to Sea from different points of departure. Recently, I arrived a few minutes before G, so I had time to browse a bit and see what’s new.

Check out this pair of Pink Poodle Book Ends! They look super retro and would be perfect as part of any Midcentury Modern decor! Made of heavy cast iron, one of these could easily serve as an impromptu bludgeoning device if you were being chased around your house by a mad man and didn’t have time to get to your kitchen knives.

The pair sells for $69 and you can buy them at This Link! 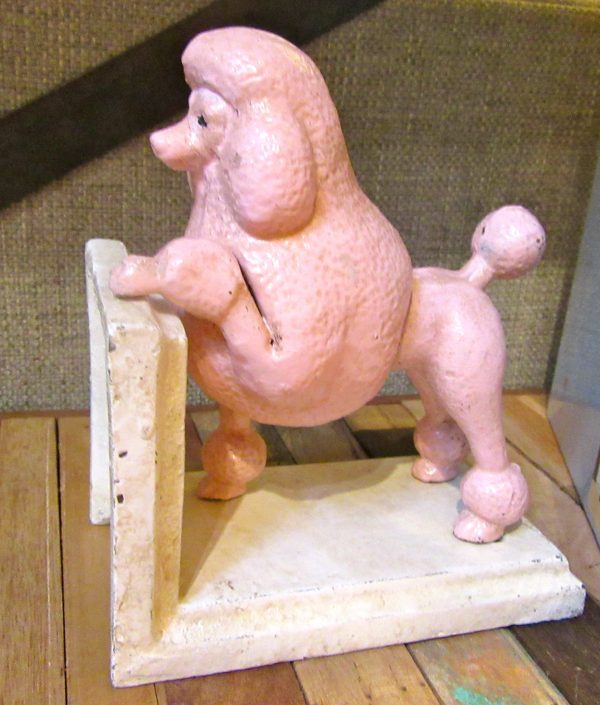 Lucy By b. (All Photos By Gail, Click on Any Image to Enlarge for Detail)

I’m a Little late getting this review posted, so unfortunately the already short run of this exhibit (which opened on March 7th) means you only have a few days left to see Corrupted Luxury, a fantastic exhibit by Greek artist b., who is showing for the first time at Allouche Gallery on Spring Street. We love this exhibit!

Over the past few years, b. has developed a body of work recognizable by his use of colorful and detailed characters and “sea of objects.” b.’s figures have taken over the urban landscape of the city of Athens. Mermaids, girls with anchor tattoos on their arms, colorful hamburgers and humanlike octopuses constitute the universe of b. and come to life on the walls and broken windows of abandoned houses.

b.’s work is inspired by the social and political situations that have encompassed Greece’s landscape over the past few decades. Growing up in such a densely populated urban environment such as Athens has been a determining element in b.’s life and work. The artist views the city as an open studio: a big canvas without limits where his creatures are winking playfully to the viewers and challenge them to discover his world.

The new paintings featured in Corrupted Luxury comment on the dead-end lifestyle of humankind, such as overconsumption of earth’s limited resources, social inequality and failure of the economic system. At the same time, they attempt to inspire the real values of life, such as unity, peace and love. 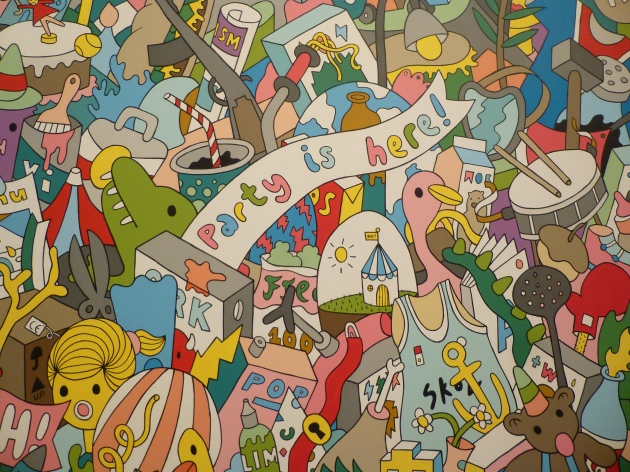 Detail From Party is Here

When looking from far away at the different works in the exhibition, you may not be able to make out the individual forms and how they interplay with each other, but as you get closer you can see Christmas trees, stuffed animal characters, military tanks, birthday cakes, hamburgers, etc. – anything and everything that people consume or throw away. His paintings introduce this contrast, which his home country faces at the moment, between the superficial and imaginary optimistic reality of its situation, and people’s lifestyle through an imaginary and optimistic world 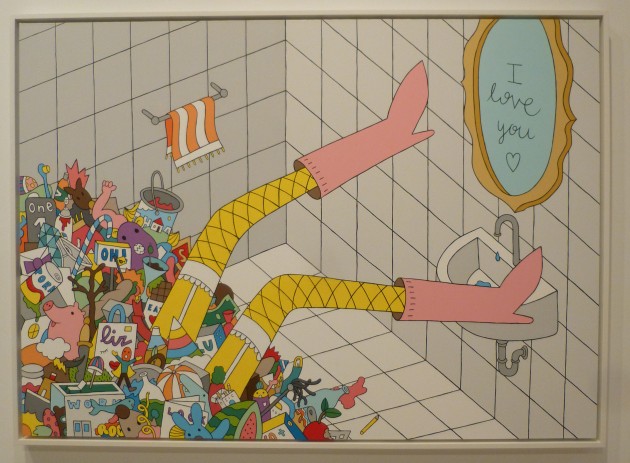 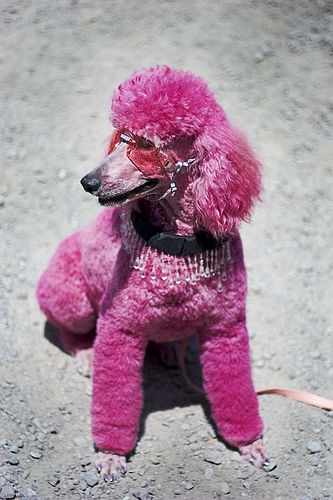 Okay, this story is totally stupid and just another example of how a few negative, overly conservative killjoy douchebags will spoil something cool for everybody because they can’t stand anyone doing something that is the least bit unusual or eccentric. Apparently, a hairstylist in Denver started dying her pet poodle pink in order to raise awareness of and funds for the fight against Breast Cancer. Some hater complained to the Police because the dog is pink, so the woman gets slapped with a $1000 fine! Holy Mother of God, the dog is not being injured in any way and  a woman using beet juice or Kool-Aid to make her dog pink isn’t killing anyone. What a bunch of fascists.