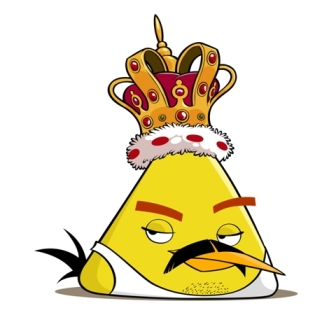 Freddie For A Day and Rovio Entertainment are proud to announce a unique and innovative partnership that sees the most iconic Rock’n’Roll frontman of all time, Freddie Mercury, become an honorary member of the Angry Birds family.  On Monday, September 3rd, to start the week in which Freddie Mercury’s memory is celebrated with Freddie For A Day on his birthday, September 5th,  the creators of Angry Birds are releasing an all-new animation of Freddie the Angry Bird riding his bicycle to the famous Queen track “Bicycle Race.” The video will be made available on Rovio’s YouTube channel September 3rd at 5:00 AM Pacific  / 8:00 AM Eastern.

Monday will also see a special Freddie For A Day fundraising evening hosted by Queen members Brian May and Roger Taylor  at which, for the second year, friends and celebrities will gather in London at The Savoy in Freddie’s honor, to remember him and raise funds for the Mercury Phoenix Trust – Fighting Aids Worldwide.

Although Freddie Mercury gets to steal a lot of the Birthday thunder for September 5th, today is also the birthday of the great Al Stewart, who was born on this day in 1945. The video above is from a 1976 performance on the British TV show, The Old Grey Whistle Test, by Stewart and his band of the title cut from the album Year of The Cat, a phenomenal song from one of the best albums of the seventies. Enjoy, and Happy Birthday, Al! 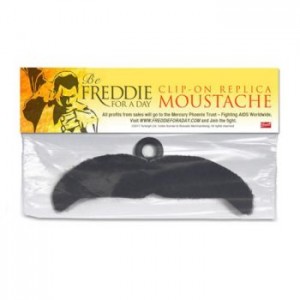 “We’ve Got Your Moustache”

On September 5, 2011, late Queen vocalist Freddie Mercury would have celebrated his 65th Birthday. In remembrance of his life, UK-based Global AIDS charity, the Mercury Phoenix Trust is sponsoring the annual charity event, Freddie For a Day. Created by Liz Swanton, Freddie For a Day encourages participants to dress up like Freddie Mercury for a full day and collect sponsorships from friends and co-workers, whose donations then go to support the AIDS education and prevention efforts of the Mercury Phoenix Trust. This HIV AIDS charitable organization was founded in Freddie’s memory after his passing almost 20 years ago. Having spent the majority of my High School years dressed like Freddie, I can say that this event sounds like a lot of fun, and a great way to remember Freddie’s specialness while raising money for a good cause. Plus, who wouldn’t want to rock that moustache?

Find out more about Freddie for Day a Day (FFAD) and how you can participate by visiting This Link!

Thanks to Ivy Vale For The Tip!

It’s hard to believe that Queen vocalist Freddie Mercury was just 45 years old when he passed away from complications due to AIDS in 1991. If Freddie were still alive, today, September 5th, 2010, would be his 64th birthday.  What an unbelievable loss. I miss you every day,  Freddie.

Guitarist Dweezil Zappa was born on this day, September 5th, in 1969, while singer/songwriter Al Stewart was born in 1945, with the late, great Queen front man, Freddie Mercury joining us on this day in 1946. You can read my interview with Dweezil from November of 2000 (published March 2001) at This Link.