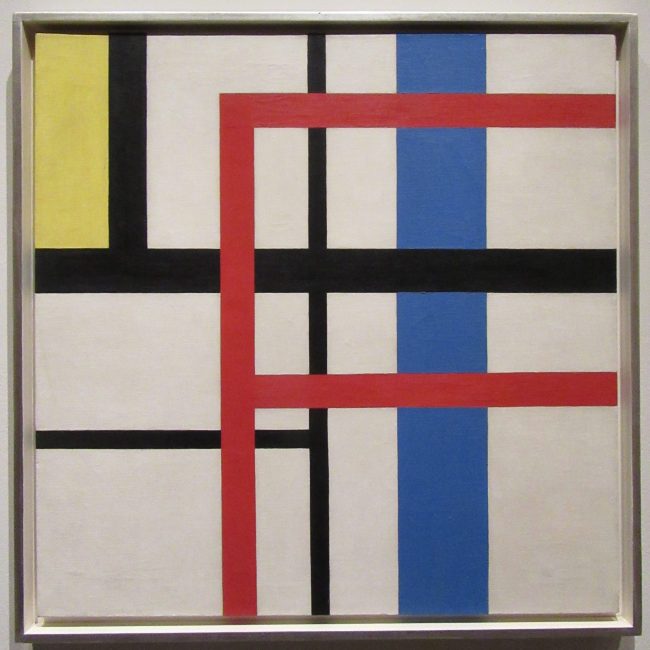 Influenced by Piet Mondrian’s work from the 1910s and 1920s, American artist Burgoyne Diller (1906 – 1965) devised his own abstract formats in the 1930s. Divided into groups called “First,  Second, and Third Themes,” Diller’s three series explore the sense of movement generated by different arrangements of geometric forms within a square.  Second Theme pictures, such as this one (1938 -40), feature a grid system with rectangular bands of differing widths extending across the canvas.

Photographed the Metropolitan Museum of Art in NYC.