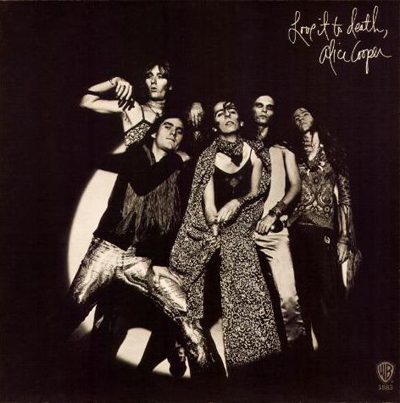 Photographer and renowned antique dealer, Roger Prigent, who snapped the infamous cover of 1971’s Love it to Death, the breakthrough third album by the band Alice Cooper, has passed away on December 15th, 2012, at the age of 89.

Primarily known for his fashion photography, Prigent became a prominent Manhattan antiques dealer when his eyesight began to fail three decades ago. Prigent died in New York City on Saturday, December 15th, 2012 after suffering a recent stroke that left him in a coma. Read more about Roger Prigent’s life and career at This Link.

On This Date, October 28th in 1977: Sex Pistols released their only album, Never Mind the Bollocks, Here’s the Sex Pistols, which featured the singles “Anarchy In The UK,” “God Save The Queen,” “Pretty Vacant” and “Holidays In The Sun.”  In spite of a ban that kept the album out of  many record stores and prevented some of their songs from getting radio play, Never Mind the Bollocks managed to reach the #1 spot on the UK albums chart. In other news, watch for my rad interview with Sex Pistols’ drummer Paul Cook coming VERY soon!