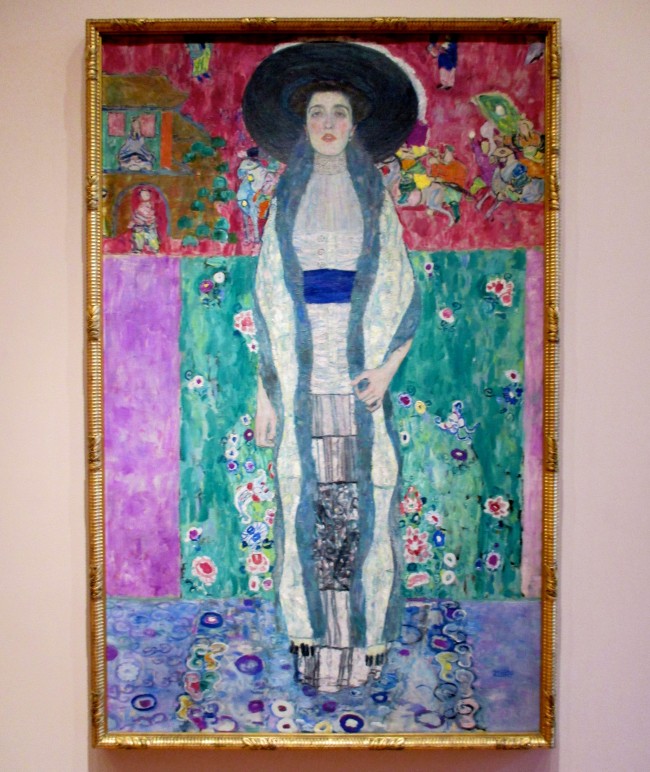 This painting  is one of two formal portraits that Klimt made of Adele Bloch-Bauer, one of the artists most important patrons.  The wife of the successful industrialist, Bloch-Bauer  was a prominent member of the Vienna’s  cultural elite, serving as a key supporter of the arts and the founder of a salon for artists and writers. Klimt’s  composition, completed when Bloch-Bauer was about 30 years old, emphasizes her social station: her towering figure, in opulent dress,  extends to the vertical limits of the canvas and confronts the viewer head-on from its center.  She poses against a jewel-toned backdrop of nearly abstract pattern blocks that suggest a richly decorated domestic interior.