Legendary street artist and social satirist Ron English’s Hulk Baby Mural has been on display at the corner of Houston and Bowery since late April, but you know sometimes we arrive a little late to the party, because so much else is going on. Because, NYC!

The selfie-friendly mural shows English’s Hulk Baby character (AKA Temper Tot) set against a patchwork American flag, featuring reproductions of the many scathing corporate/brand parodies, memes and unique characters he has introduced over the past two decades as “guerilla” billboards, paintings and collectible art toys. Here are a few of our favorites.

But it wasn’t Big Foot, it was Gay Foot.

You Are Not Here

The child model in many of Ron’s paintings is actually his son, Mars English who is perhaps a teenager by now, and an artist in his own right.

King of Jews, King of Beers

You Are Not a Clone 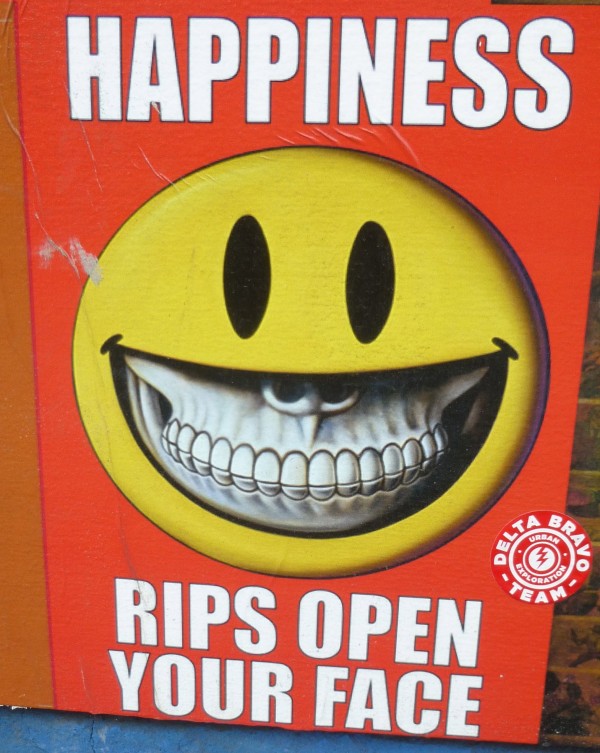 The Grinning Skull is one of English’s most famous images. 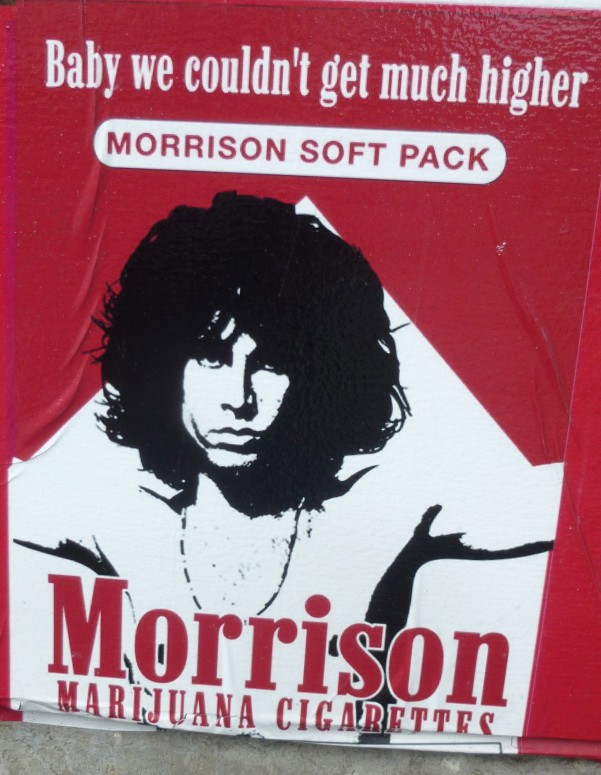 This is one of my favorites.

You could spend hours discovering new images on the Hulk Baby billboard and it’s certainly worth paying a leisurely visit. 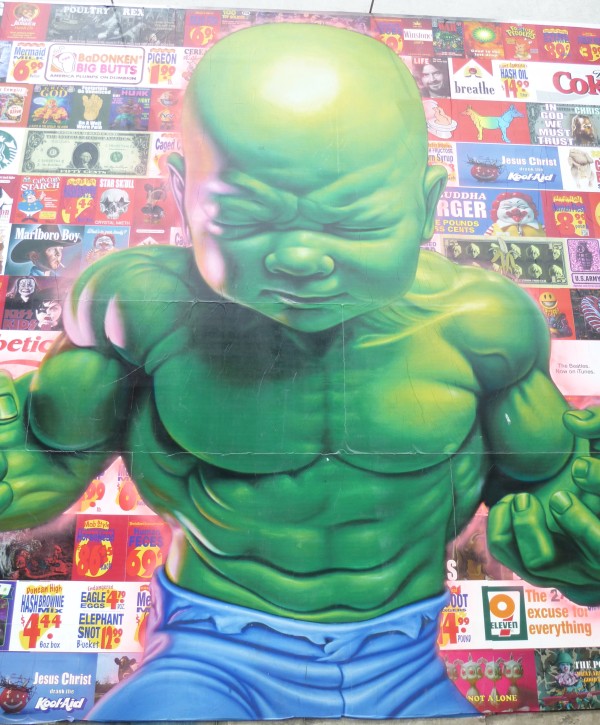