Sometimes, the only quality a song needs to make it into this column is that I like the way it sounds, and the way the video makes me feel. If you’ve ever tried to imagine what Echo and The Bunnymen’s “Killing Moon” would sound like reimagined as a country song, I suggest it might sound a lot like Neighbor Lady’s “Let It Bleed” — a minor chord masterpiece that captures and conveys a lifetime of memories in under four minutes. Wow.

Visually,“Let It Bleed” (which has nothing in common with the Rolling Stones‘ song of the same name) follows a lonely little robot who attempts to integrate with society, but eventually self-destructs, Or something like that. The story is definitely open to interpretation, so individual mileage may vary.

Atlanta based Neighbor Lady is comprised of vocalist / songwriter Emily Braden, Jack Blauvelt (Guitar), Merideth Hanscom (Bass), and Andrew McFarland (Drums), and the band (which began as began Braden’s solo project) has been called a missing link between indie-rock and classic country western. Braden reveals that, lyrically, her songs chronicle events in her personal life and her emotions surrounding those events. I feel her.

“Let It Bleed” can be found on Neighbor Lady’s debut album, Maybe Later, out May 11th, 2018 on Friendship Fever. Enjoy! 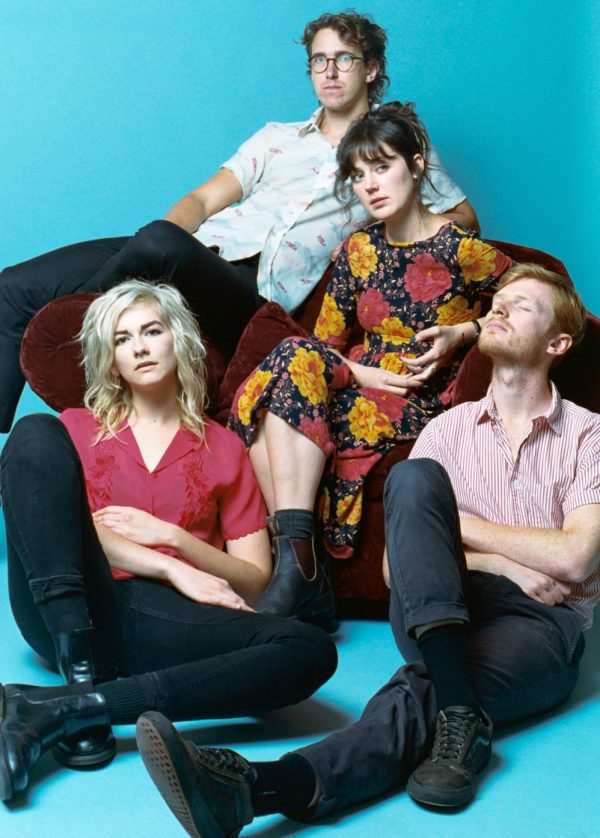 Do you think these guys are fans of Nick Cave? I sure do. There is not much not to love about Psychic Teens dark and lovely tune, “Less” — which is like a greatest hits collection of all of your favorite College Radio-Friendly ’80s band including the aforementioned Mr. Cave. I definitely hear The Misfits, The Cramps and Echo and the Bunnymen, all partying together on top of a bass line borrowed the The Cure’s “A Forrest”, a euphoric wash of minor chord, cascading guitars and…those awesome, growly vocals. Surely the number of nods and winks in this song would leave even the casual listener’s head spinning, but when you’re feeling it, who gives a shit?

“Less” is found on Psychic Teens’ 2013 full-length CD, Come, which was released in August, 1021 via SRA. You should buy it. Even if this song succeeded on no other level, it sure does make you realize what a huge debt Grunge still owes to Punk Rock in its purest form. In a word, “Less” is More. Visit Psychic Teens FaceBook Page at This Link. Enjoy!