I’ve posted many photos  and stories behind the fantastic public art that can be found in the Financial District, and here’s another piece I just discovered thanks to a tip on Instagram (thanks @fidi_living). Public spaces built by the Kaufman Organization are known for their quirky objects and splashes of color, and the plaza and arcade space at 200 Water Street, adjacent to Fulton Street to the northeast, is no exception.

Completed in 1972, the Fulton Plaza, as it is officially known, maintains much of the original 1970s whimsy of the space, which  has recently undergone some renovations since the building it flanks was converted by a new owner from offices to residential dormitory use. Here you will find a Giant Fishing Lure (which, research reveals, once hung above  a pool of water). The Lure’s cascading hooks dangle ominously, ready to ensnare the next victim!

Entitled Very Large Fish Lure, the sculpture is credited to the Rebel Fishing Lure Co., with concept design by the late graphic designer Rudolph de Harak, a favorite of Kaufman’s, whose work was used at other company buildings. 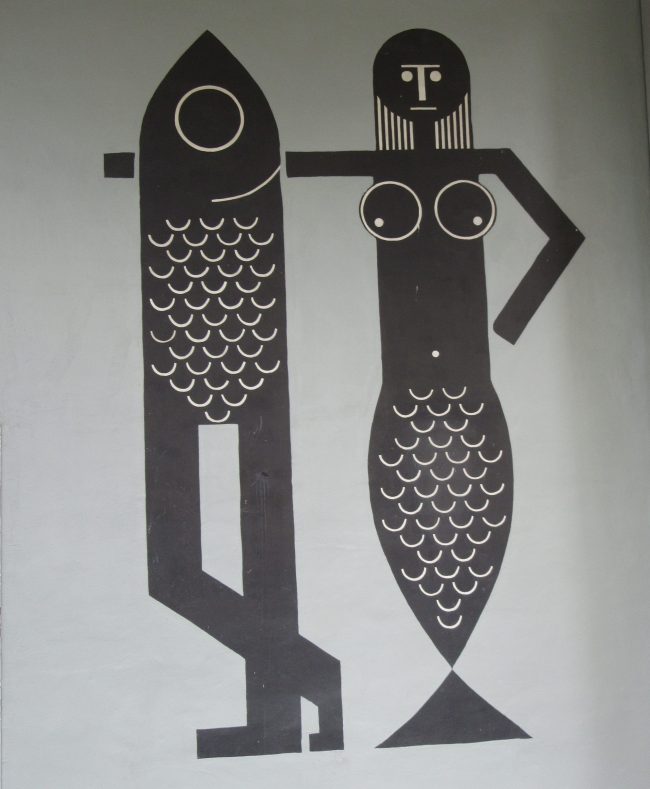 You can see that the plaza’s water theme continues in this fun mural, seen in the second photo of this post, which adorns a wall just north of the sculpture.

Look out for those hooks!