Near the Water Street side of the plaza at 88 Pine Street is a two-piece abstract sculpture called East West Gate, by Taiwanese artist Yu Yu Yang  (1926 – 1997), consisting of a large shiny stainless steel disk standing upright next to a 16-foot-tall steel rectangle with a circular hole in it, suggesting that the disk has been cut from the rectangle. 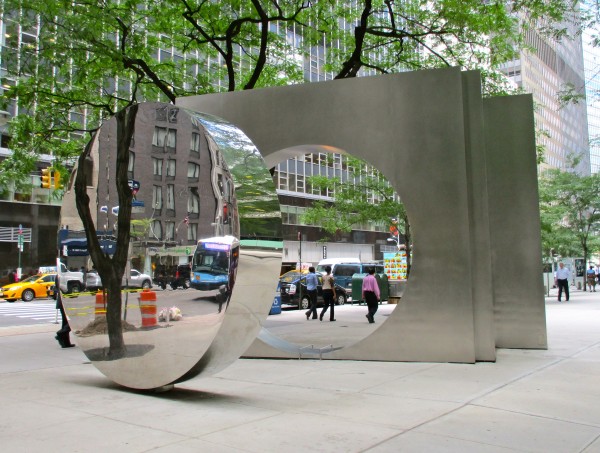 This circle in the square creates an intriguing visual and philosophical perspective for the viewer who repeatedly regresses in the reflection of the disk.

Yang’s works show a rich variety of forms and subjects with their essences based on Chinese cultures through expressions that incorporate both eastern and western aesthetics. A renowned sculptor, environmental designer and architect, Yang was a versatile and prolific artist who left behind a great legacy of art. 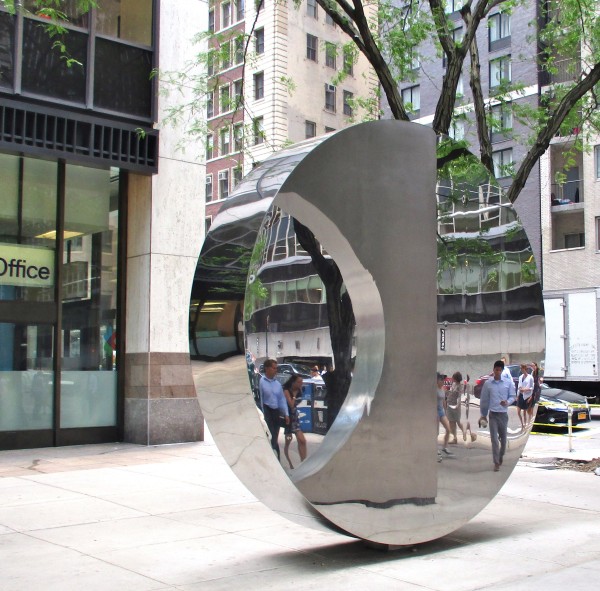