It looks like someone at Paddy McGuire’s Ale House on  Third Avenue is feeling festive! Have a lucky day and don’t drink too much!

During his recent NYC residency which saw him eventually get arrested, the French Street Artist known as Invader put up this 8-Bit Andy Warhol on the side of the Standard Hotel on Third Avenue (Cooper Square) at East 5th Street. Nice.

It rarely fails that when I am waiting for the downtown bus on Third Avenue and 14th Street, a completely batshit insane individual will walk up and try to engage me in conversation. I am not sure if it is just a wild coincidence, or something about the location of that particular bus stop that attracts the crazies, but it has happened on more occasions than I would care to recall. And when it happened again just yesterday, I was fortunately able to remove myself from the situation by wandering up the street to snap this photo of the Stay Puft Marshmallow Man happily attracting Halloween shoppers into Ricky’s, which is across the street from the bus stop. 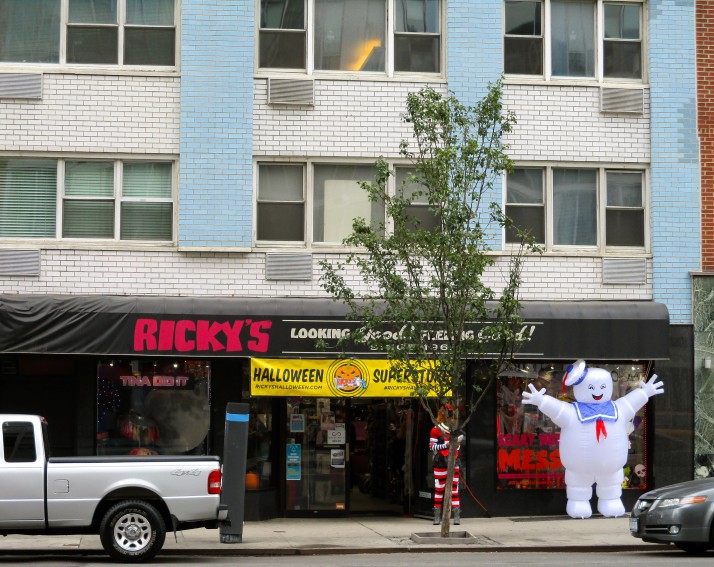 Ricky’s of NYC: for your one-stop Halloween costume shopping needs! 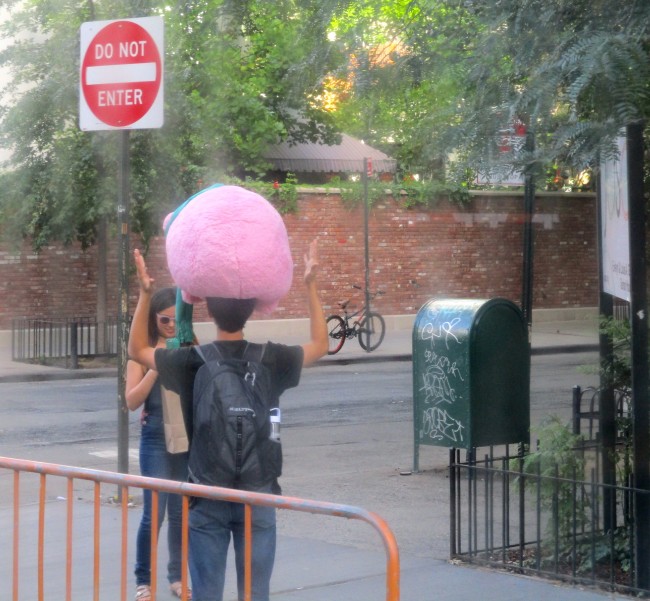 I was riding the M3 Bus uptown on Bowery coming home from Chinatown and I noticed a man, walking with his girlfriend, who was also carrying a very large, stuffed Pink Pig.

When the bus stopped at a light around 5th Street, the man suddenly put the pig on his head, balanced it perfectly, and his girlfriend took a photo. I also took a photo, or three. Because, NYC.

The light changed and the bus started moving again. The couple and their large stuffed pig continued on their way, as did I.

Yeah, I know it’s just a subway ad for Led Zeppelin Album Reissues that have already been available for over a month, but still, it’s Led Zeppelin! I actually hopped off the L one stop before I needed to, just so I could take this photo. Of course, I got back on once the next train arrived.

Photographed on the L Train Platform at Third Avenue, Brooklyn Bound Side.