When you set out to peruse large volumes of Contemporary Art, it is always a good idea to have an open-minded partner in crime along for the ride. Geoffrey was in LA last weekend, so I attended Frieze 2015 with a new friend, Scott, who, back in the mid-to-late-90s played guitar in one of the most notorious American Rock bands to find commercial success since the seventies, when the band called Alice Cooper staged mock-executions as part of its live show. But that story is, perhaps, for another time, because today I want to share photos with you of select pieces of art that Scott and I enjoyed at the Frieze Art Fair, which took place on Randall’s Island from May 14th to 17th. 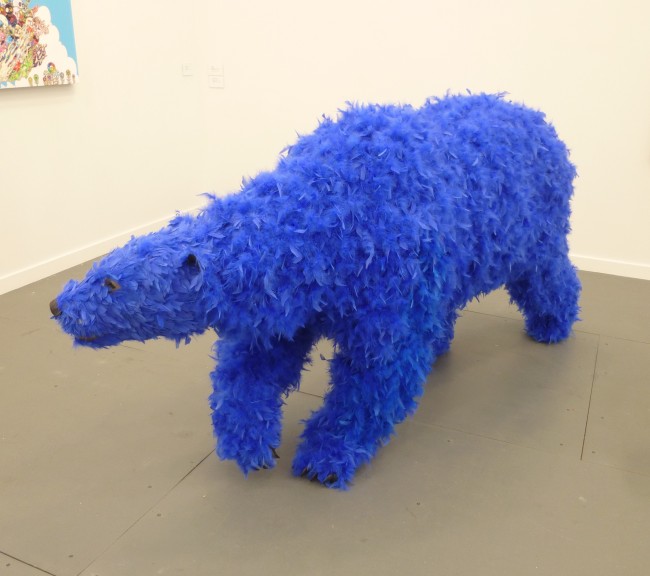 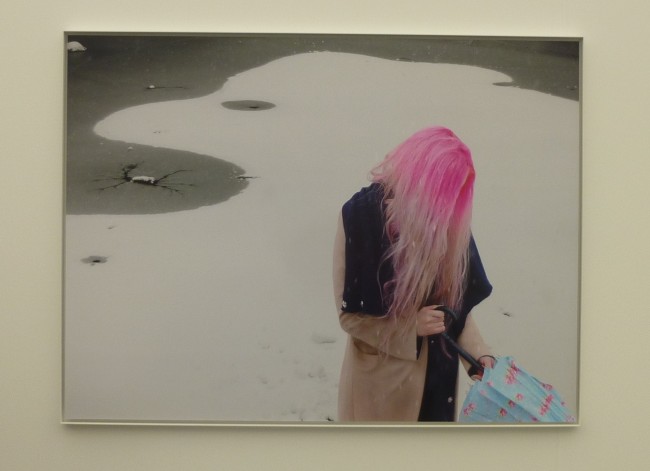 While we traveled from booth to booth, one of the topics Scott and I discussed is how much we dislike it when an artist labels a work “Untitled” instead of giving it a proper name. WTF is up with that? It makes it seem like you don’t care. It’s lazy. It’s like not naming one of your children. And it needs to stop.

We both really liked the above sculpture, the title of which I could not locate, but I am pretty sure it is not called Untitled. It reminds me of a Jawa, the hooded characters in Star Wars, but if you look closely you can see it is a sculpture of a Red Coat as it would hang if draped on a hook, but without the hook. Clever and compelling. 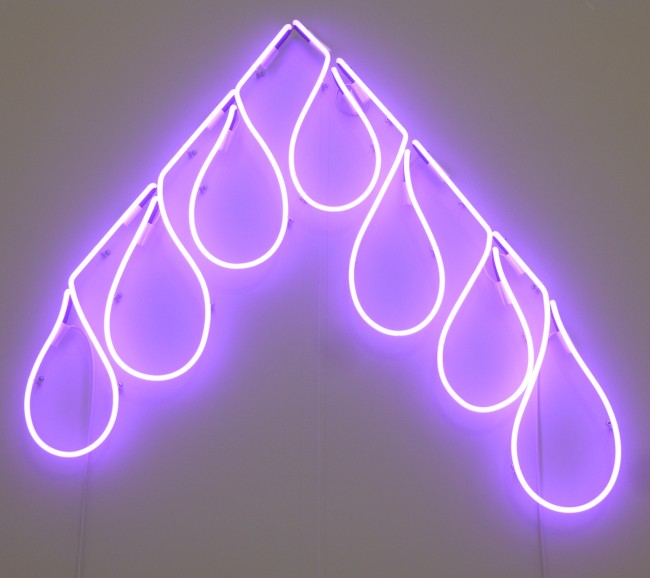 A few years ago, Geoffrey and I saw a crazy great sculpture called Cloud City by Argentinian-born artist Tomás Saraceno, which was on the roof of The Met in the summer of 2012. The piece above echoes the modular shapes that are a signature characteristic of Saraceno’s work. 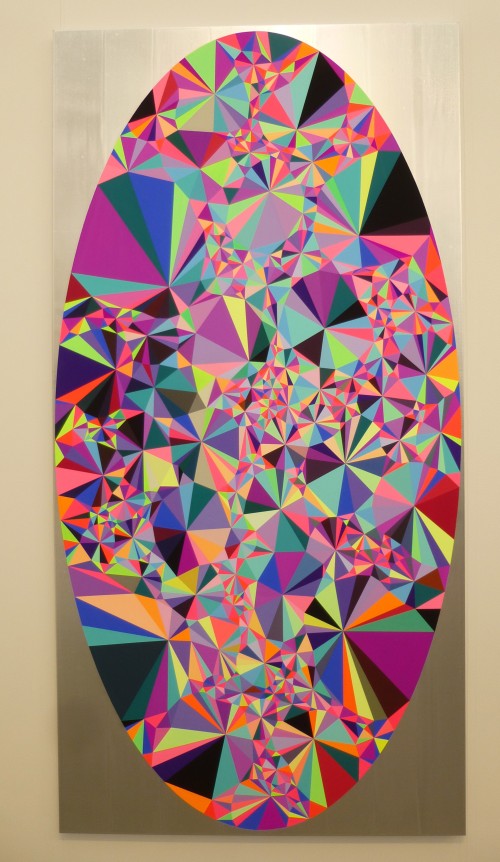 I remember gasping audibly when I saw these two works by Japanese artist Satoshi Ohno, which are unbelievably gorgeous. Ohno is also a Japanese Idol, actor, radio host, and singer — being the lead vocalist and leader of Japanese boy band Arashi. Talk about a Renaissance man!

Even though the above piece by Josiah McElheny is called a painting, it is really a sculpture.

Neon Lucite Sculpture by Berta Fischer. I love her work.

John Giorno, It’s Not What Happens It’s How You Handle It

We love the text-based paintings of artist and poet John Giorno. It is always cool and fun to see one of his new pieces. 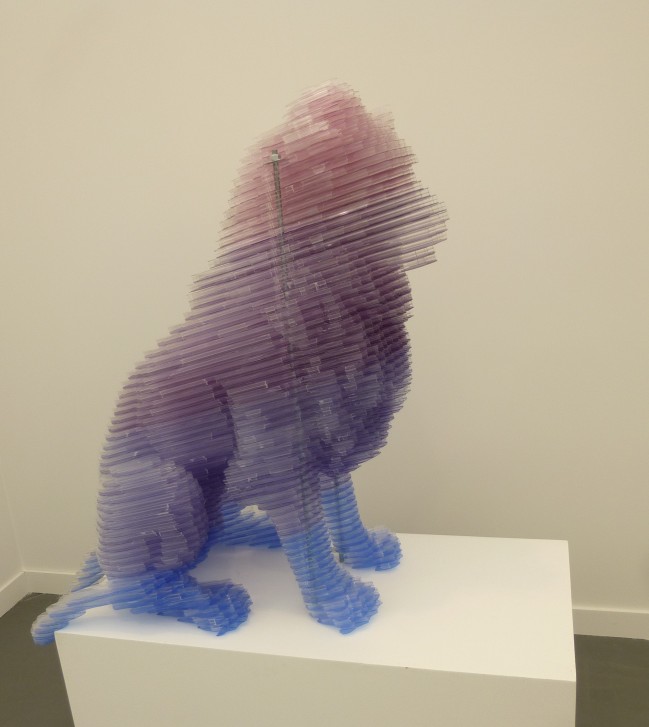 This Lion is made from stacked hollow tubes.

There was a fantastic selection of plank works by the late John McCracken in the David Zwirner booth. 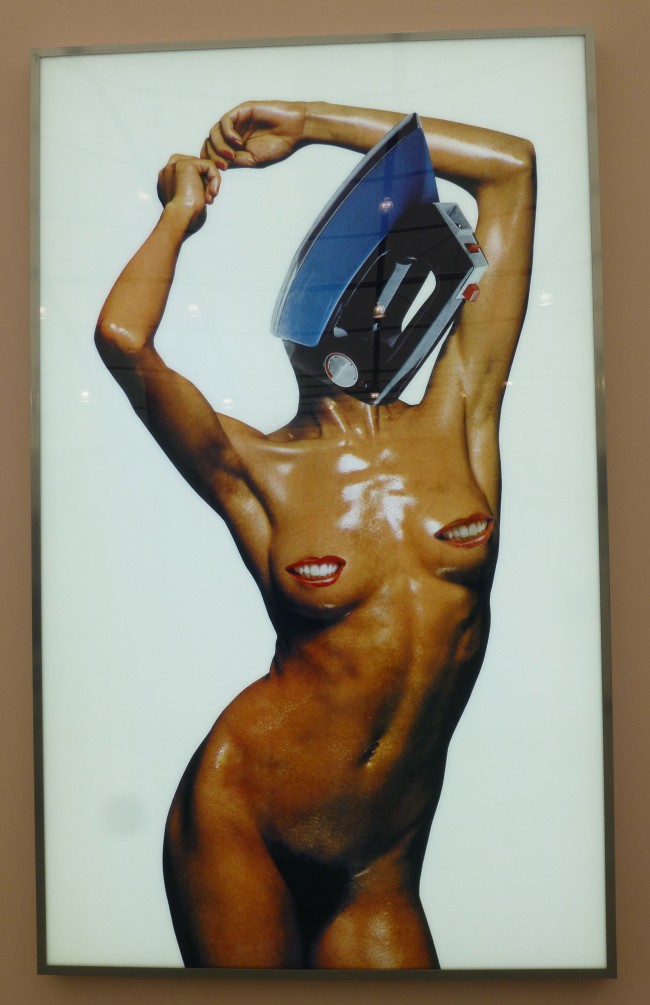 It’s The Buzz, Cock By Linder

Buzzcocks fans might recognize the above work by artist and radical feminist icon Linder (AKA Linder Sterling) from the picture sleeve of that band’s 1977 single “Orgasm Addict.” It certainly was impossible to miss, even from across the room. 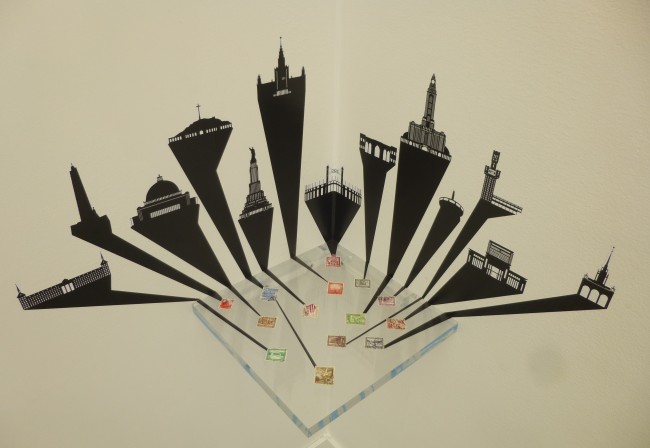 The above title translates to “Doubts about the earthly paradise.” See a detail shot of this work just below.

He Won’t Hurt You

Above, you see selected Mirror Mosaic works by legendary Iranian artist Monir Farmanfarmaian. We just saw her exhibit, Infinite Possibility at the Guggenheim, and it was beyond amazing!

Lips That Look Like a Flame? We love it. 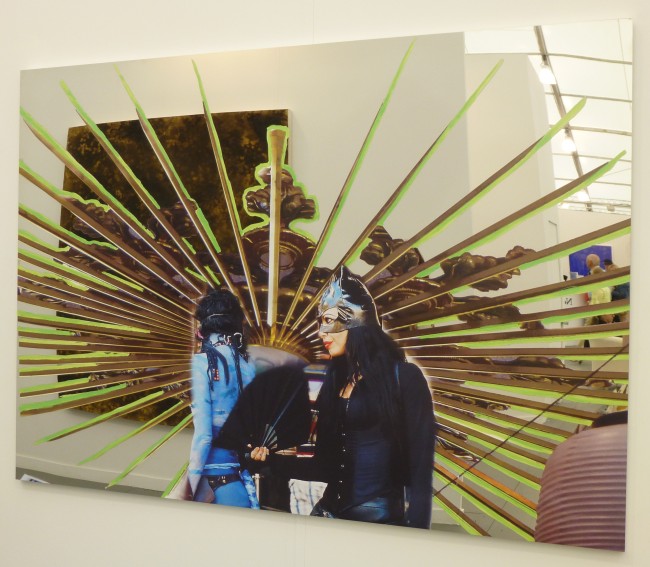 I hope you enjoyed your free peek at this year’s Frieze Art Fair! See you next year!