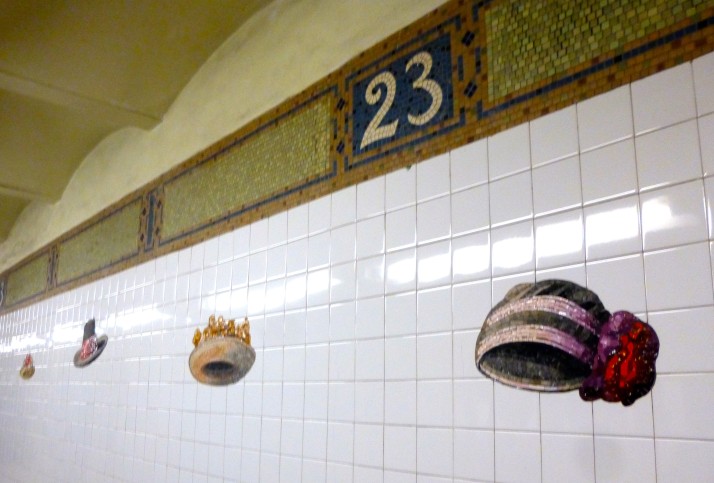 As part of the MTA Arts & Design program (formerly known as MTA Arts for Transit), the platform walls at the Broadway and 23rd Street Subway stops for the N and R Trains are decorated with a seemingly endless row of colorful tile mosaics depicting a series of eclectic Hats previously worn on the heads many and varied famous people from times past. Here are few we photo-captured while out on an Urban Safari this last weekend! 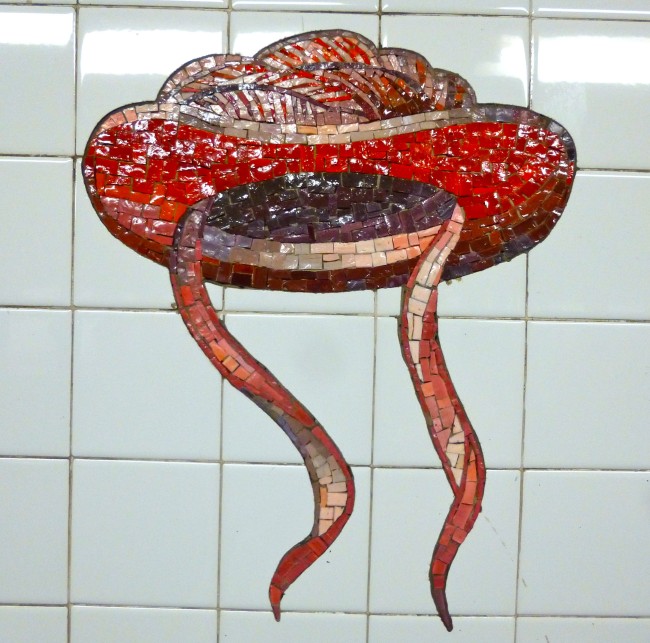 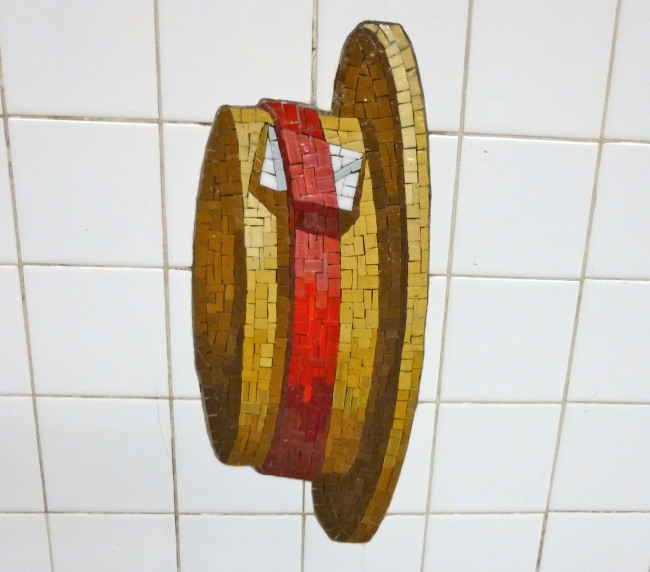 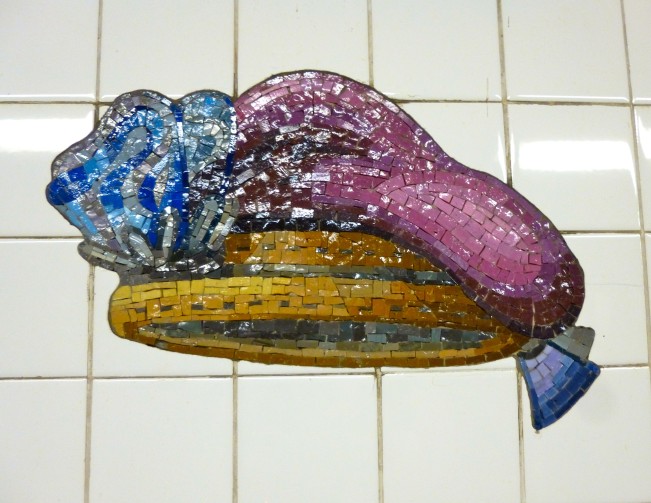 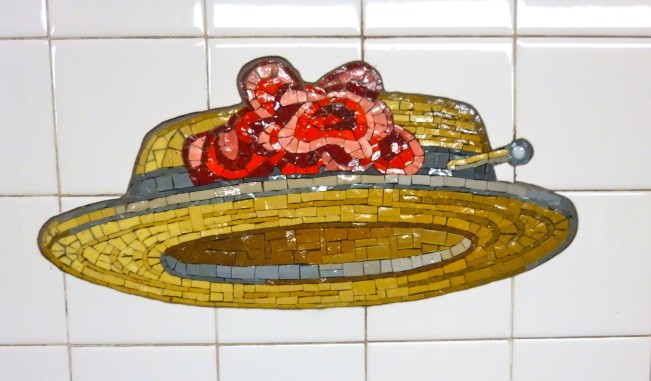