If you haven’t been to the Brooklyn Botanic Garden yet this summer, you really must go while the Lily Pool Terrace is still in bloom, which is through September. Also new to the Garden (since July) are three large-scale installations by Canadian artist Shayne Dark, who brings his work to Brooklyn Botanic as part of a yearlong sculpture exhibit.  The first one you’ll see, when you enter at 150 Eastern Parkway, is a group of bright blue-painted poles, which is called Tanglewood. The sculpture sits in the center of the Osborne Garden lawn, which allows viewers to approach it from a distance. 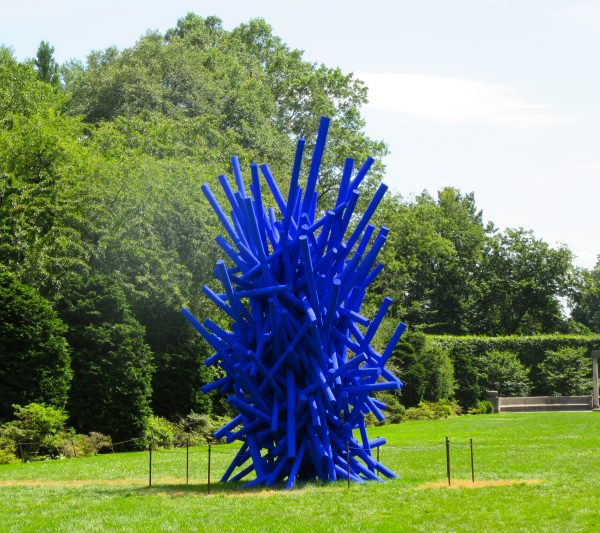 In the excerpt below, from a conversation with Dark, the artist talks to Garden staff about the inspiration behind this work, how he chose his materials, and how he goes about installing such large, complex pieces in a public space.

This work was inspired by Dark’s childhood growing up along the Ottawa River, in Ontario. “In the spring, logs coming down the river would get tangled up in the bend, and the men would come running out to break up these log jams. As a child, I was fascinated by this.”

The sculpture is constructed of cedar poles normally used as fence posts, painted a vivid blue. “For me, color is one of the easiest things to respond to and enjoy.” Dark used a matte theater paint that he discovered years ago while working with his brother on set designs in the Ed Sullivan Theater. “It’s also the same color used to create a blue screen effect. When you use it, there’s an optical illusion, a blurring effect, which is kind of surreal.”

“Other pieces you might place so as to hide and reveal, but for this particular piece, it’s crucial that there be space around it so that your perspective changes as you come closer…so that it becomes monumental,” says Dark.  Each installation of Tanglewood is unique, and Dark added individual posts to the sculpture once it was placed on-site. 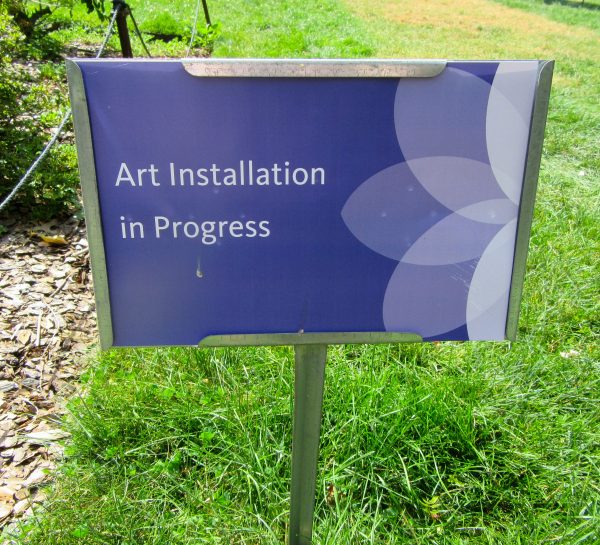 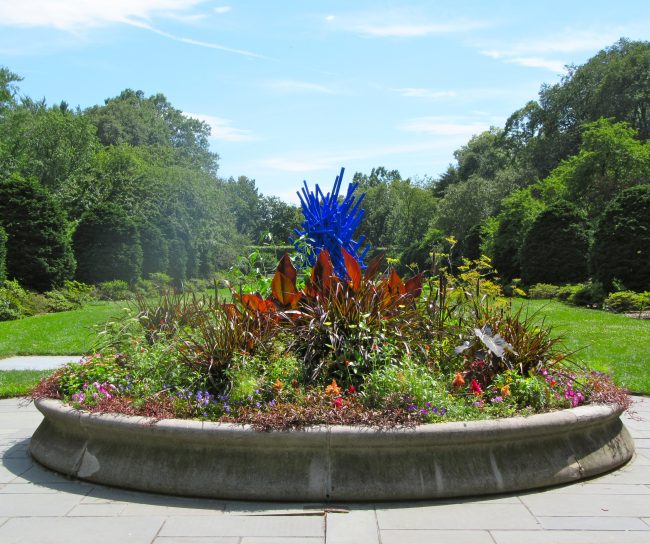 Tanglewood will be on exhibit at the Brooklyn Botanic Garden through July, 2017.