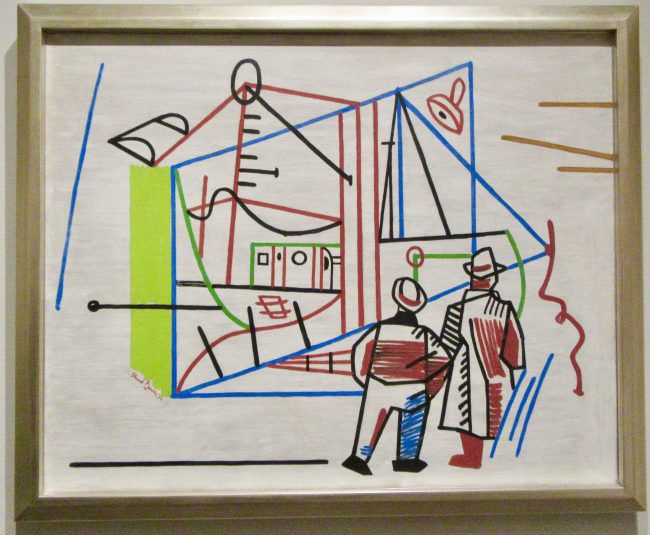 Heralded for his abstract visual evocations of jazz, Stuart Davis‘s art also responded profoundly to the industrial age. Men and Machine (1934) features two men standing before a schematically rendered structure with their backs to the viewer. Likely representing a construction site with the foreman and investor looking on, the painting alludes to New York’s interwar construction boom. Highlighting the degree to which industrialism was associated with masculinity, Davis’s painting, consisting of primary colors on a white background, also testifies to the artist’s respect for Piet Mondrian.

Photographed in The Metropolitan Museum of Art in NYC.