Louise Bourgeois (1911 – 2010) began her series of room-like sculptures called Cells in 1991, eventually creating some sixty examples in various sizes and of varying complexity.

Some are filled with with a haunting mix of her personal belongings and her sculptures. 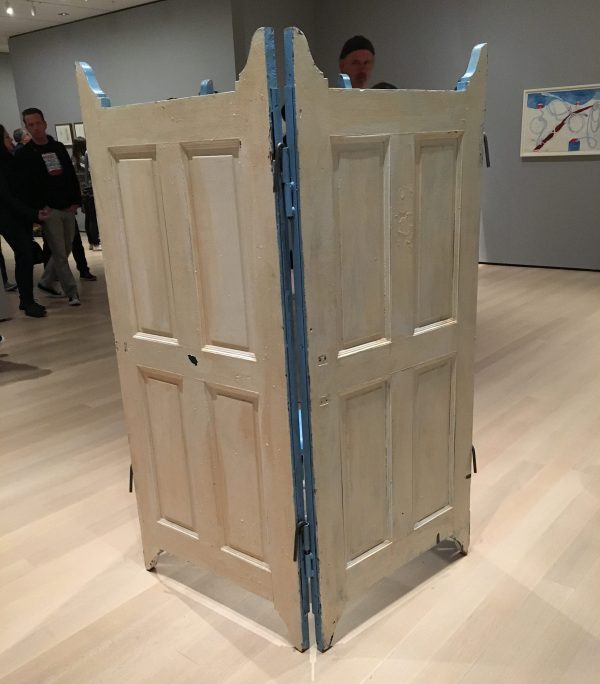 Cell VI is among the simplest. Bourgeois often chose the color Blue for its serene and calming effect.

Photographed as part of at the the exhibit, Louise Bourgeois: An Unfolding Portrait, at the Museum of Modern Art in NYC Through January 28th, 2018.