There would probably be little argument that Marilyn Monroe is the most legendary and iconic Hollywood Movie Star to have ever lived. Countless contemporary artists — from Andy Warhol to Ron English, Ad Infinitum — have captured and re-appropriated her likeness into their own works, and her image still turns heads wherever it appears. While she did not have a long life, she certainly has achieved immortality in a sense. Limited Runs, a company that specializes in Classic Hollywood and other Fine Art Photography has just released the Marilyn Monroe Red Velvet Collection, which  features her famous nude shots circa 1949 that originally appeared on promotional calendars. Now you can all own prints of these gorgeous photographs that were at one time so controversial, they had to be “dressed” in superimposed lingerie in order to be sent through the mail.

Above is an example one of these calendars, where Monroe’s breasts have been blocked out to avoid being labeled as pornography — pretty hilarious when you consider the types of fashion photography and figure modeling that has become acceptable, and even mainstream, in the past 70 or so years. One of the Red Velvet poses made her the first Playboy Sweetheart — the prototype for the centerfold-featured Playmates who would follow in years to come.

I had the chance to see this series in person at a reception held by the 360 Design Gallery in Tribeca, where they were on view for only two days as part of a 2015 Summer Tour, which traveled to Los Angeles, San Francisco, Las Vegas, Chicago and finally New York.   It’s easy to forget how stunning and arguably perfect-looking Monroe  was a until you see photos like this and remember that she was really and truly an original.

The series  is also features a number of candid shots of Monroe, such as these captured in 1954 by photographer Gene Lester while she was on a cigarette break during filming of one of her movies.

This one, which captures multiple reflections, is really fantastic.

This one is also amazing.

Here she is with co-star  Jane Russell and Director Howard Hawks during the filming of Gentlemen Prefer Blondes in 1953. 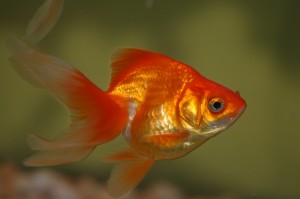 Earlier this evening, little Julius the Golden Ryukin was found belly up in the Chick Tank after showing signs of illness before I left for work this morning. He enjoyed a short but good life. Tonight we are also saying goodbye to actress Jane Russell, who was 89, and Electric Prunes Bassist Mark Tulin, age 62. Godspeed.