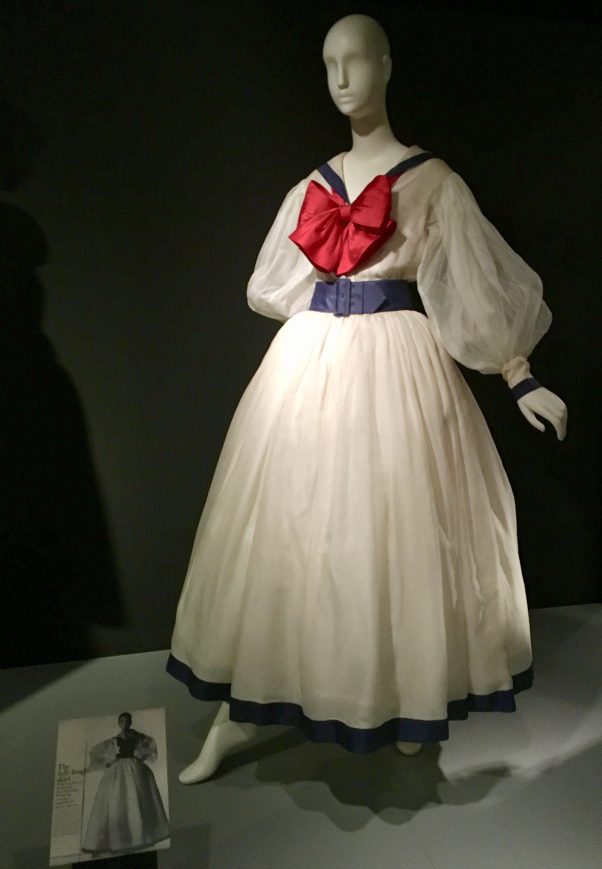 Norman Norell grew up wearing sailor suits, so it’s perhaps not surprising that this look was one of his favorites. He produced countless versions throughout his career. Norell’s nautical style dresses ranged from those with gigantic balloon sleeves and skirts crafted out of organza to slim, sleeveless shifts made from linen. No matter the shape, each one had the requisite bow and square, back-draped collar. Norell’s sailor bows were big, bold and made with stiff organza to keep them shipshape! 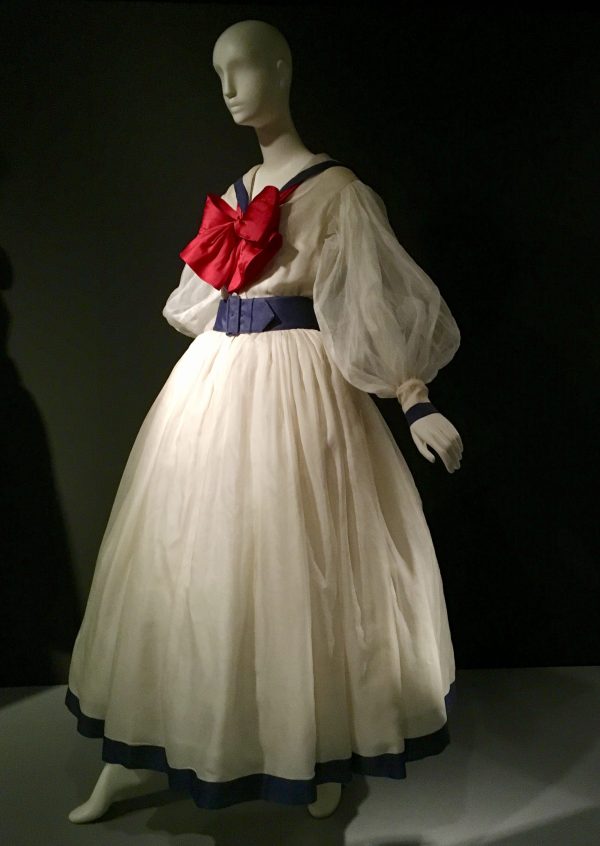 Photographed as Part of the Exhibit Norell: Dean of American Fashion, at the Museum at FIT.

Unlike many 20th-century fashion designers, Norman Norell rarely sought inspiration from non-western or exotic cultures. Norell’s Obi dresses (circa 1965) were a rare exception. Named after the wide belt used to secure and ornament a Japanese Kimono, the wrap-wtyle Obi Dresses were constructed with a built-in panel of fabric that encased the upper torso using a hook and eye closure.This interior garment allowed the outer wrap layer to glide smoothly over the body.

Photographed as Part of the Exhibit Norell: Dean of American Fashion, at the Museum at FIT.

In 1960, Norman Norrell  created one of his most daring and sensational innovations, the first culotte-skirted, wool flannel day suit. Soon thereafter, he debuted the culotted evening dress. Although it took years to gain widespread popularity, Norell responded to the fact that modern women were more mobile than ever and needed clothing to match their lifestyles. 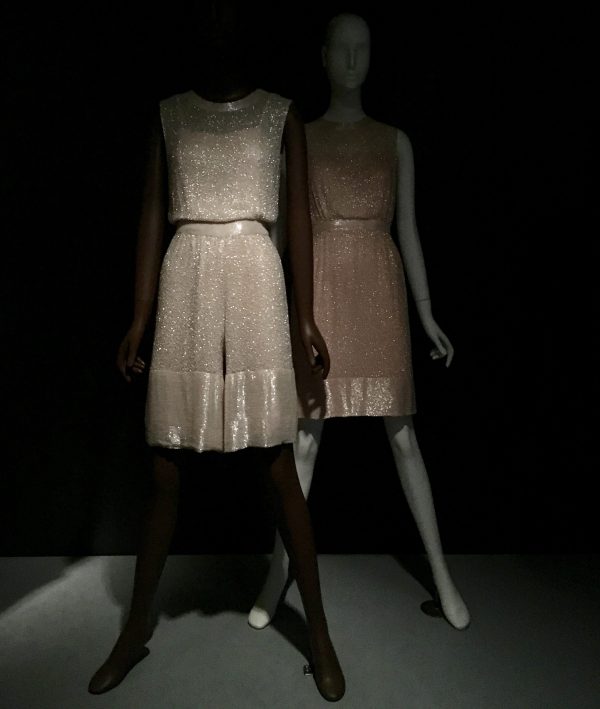 Because he was convinced of the culotte’s value and insisted that it be made perfectly, Norell offered to give away his pattern to other Seventh Avenue clothing companies free of charge.

Photographed as part of the Exhibit, Norell: Dean of American Fashion, on View Through April 14th, 2018 at the Musuem at FIT in Manhattan.