Hey, Happy Friday the 13th! This photo of Dylan Egon’s latest wheatpaste Street Art, an image of Mickey Mouse done up as a gun target, was taken a few weeks back when I was trawling the steets of Willamsburg after a fun visit to see Kara Walker’s Sugar Sphinx at the Domno Sugar Factory. That was a good time.

All Photos by Gail

The most popular art exhibit in the city right now is Kara Walker’s massive Sugar Sphinx: the crouching figure of an African America woman, completely covered in white, refined sugar, which was constructed over an eight week period in the cavernous interior of the now defunct Domino Sugar Factory building that faces the waterfront in Williamsburg, Brooklyn.

Sponsored by Creative Time, Subtlety, as the piece is officially named, is the first large-scale public project by the internationally renowned Walker. Sited in the sprawling industrial relics of Brooklyn’s legendary Domino Sugar Factory, Walker’s physically and conceptually expansive work responds to both the building and its history, exploring a radical range of subject matter and marking a major departure from her practice to date. The exhibition promises to be an eye-opening experience for both those who are familiar with Walker’s work and those who are new to it.

I visited the Sphinx with a friend on a Sunday afternoon, arriving 10 minutes before they started letting people in at Noon, and waited only about 20 additional minutes before we were inside. Be forewarned that this is a very popular attraction. Within ten minutes of joining the line at South 2nd Street and Kent Avenue, the line already stretched another block behind us and continued to grow. So, be sure to pee and eat before you get there, wear comfortable shoes and sun block, and be prepared to wait for as long as it takes, because you are on an Urban Adventure!

The Sphinx only takes up about one-third of the space, so you get to enjoy the emptiness of the gutted factory and imagine what it must have been like when it was full of machinery and people and sugary substances – the residue of which still covers the buildings interior surfaces. I love walking around inside abandoned buildings, so this was a huge treat for me for that reason alone.

In addition to the Sphinx, there are perhaps a dozen five-foot high molasses-based sculptures of young boy laborers, many carrying wide baskets which hold sugar in its various states. 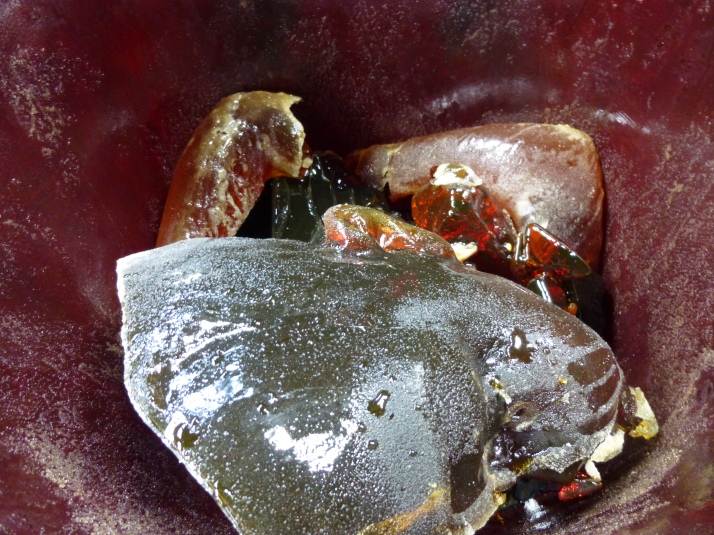 The boy sculptures range in hue from deep brown and nearly black to crystalline amber. Thin puddles of dark molasses expands across the floor from the bases of these figures as they have started to slowly melt.

The Huffington Post has an excellent article on the Sugar Sphinx, including an interview with Kara Walker, which reveals a lot of the theoretical groundwork for the project and will give you some perspective that may be useful to consider when viewing the exhibit, because it’s a pretty heavy deal. 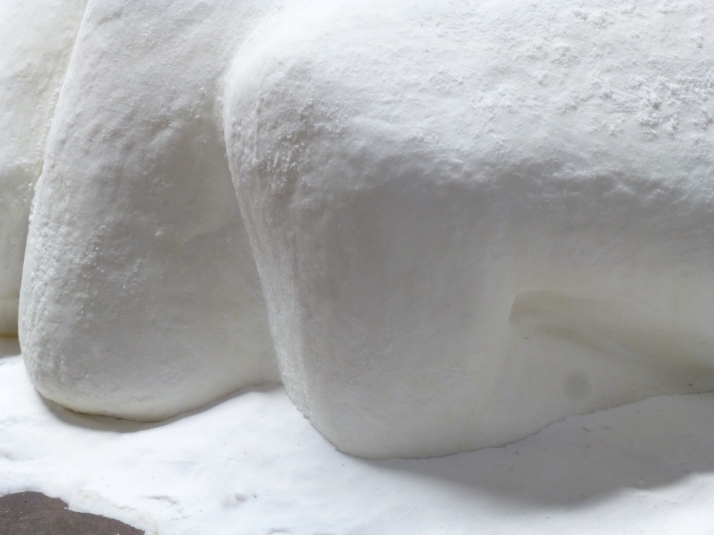 Detail of Her Knuckles

I had a great time seeing the Sugar Sphinx and her Molasses Babies. Once you are inside, you can stroll around and take photos for as long as you like, and the temperature stays pretty cool and comfortable even on a warm day (it was near 70 on the day I went). There are also tons of restaurants in the area, so it’s super easy to find a place to have a nice lunch or dinner once you are done with your visit.

Subtlety, Or The Marvelous Sugar Baby (aka The Sugar Sphinx), By Kara Walker will be on Exhibit at the Abandoned Domino Sugar Factory, located at South 1st Street and Kent Avenue in Williamsburg, Brooklyn, until July 6th, 2014. Hours are 4 – 8 PM on Fridays and Noon – 6 PM Saturdays and Sundays. Expect a wait of 30 Minutes Up to Over an Hour (Totally Worth it). The Exhibit is Free and Open to the Public. Take the L Train to Bedford Avenue and Walk South West for about 15 Minutes. The J or M Trains to the Marcy Avenue Exit will also get you there.