Post yesterday’s crazy snow storm, I was out exploring today and walked south from Central Park down Fifth Avenue and around the front of the Plaza Hotel, just because. Right across from the Plaza’s posh entrance, on West 58th Street, there sits this mythic Bull Statue by the great Pablo Picasso, which was added in 2000 to what is actually the north facade of The Solow Building, also referred to as 9 West 57th Street.

I like that there is still some snow on the Bull’s horns. 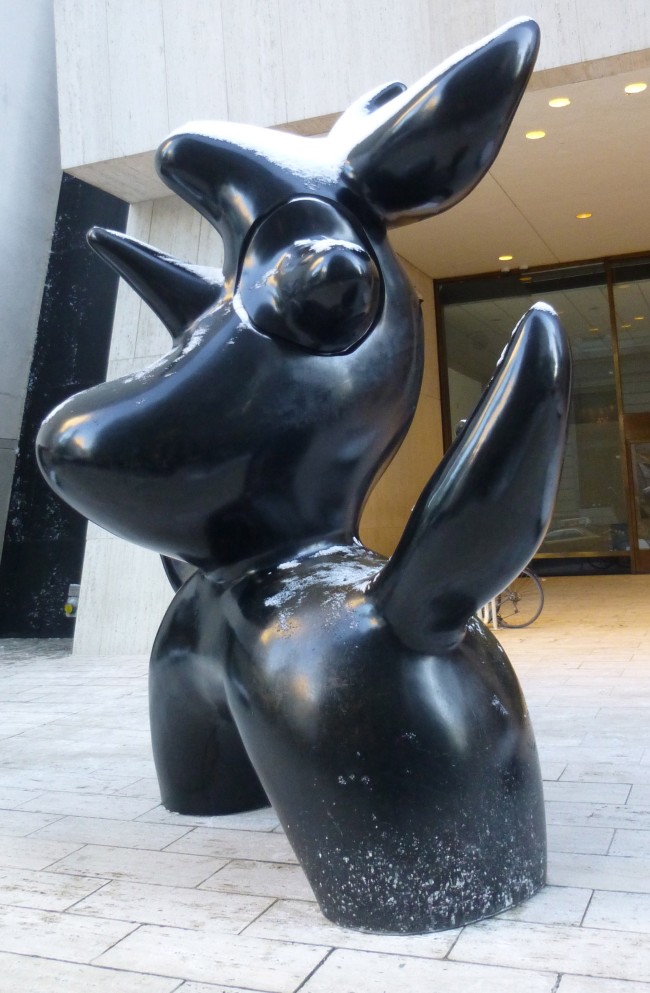 Update: I’m adding a photo taken on February 19th, 2017, which gives you some perspective of exactly where this Bull is located!