In a series of pastels made in the fall of 1934, Joan Miró pursued what he called “aggressiveness” through color. Rendered in acidic, highly saturated and dissonant hues of thickly applied pastel, the isolated figure of Woman (Opera Singer) appears to protrude from the paper’s surface, Her asymmetrical head, twisted open mouth, overinflated genitalia, and single toenail resist the corporeal ideals embraced by the various fascist parties that were gaining power across Europe at the time.

Photographed as part of the Exhibit Joan Miró, Birth of the World, on View at The Museum of Modern Art Through June 15th, 2019. 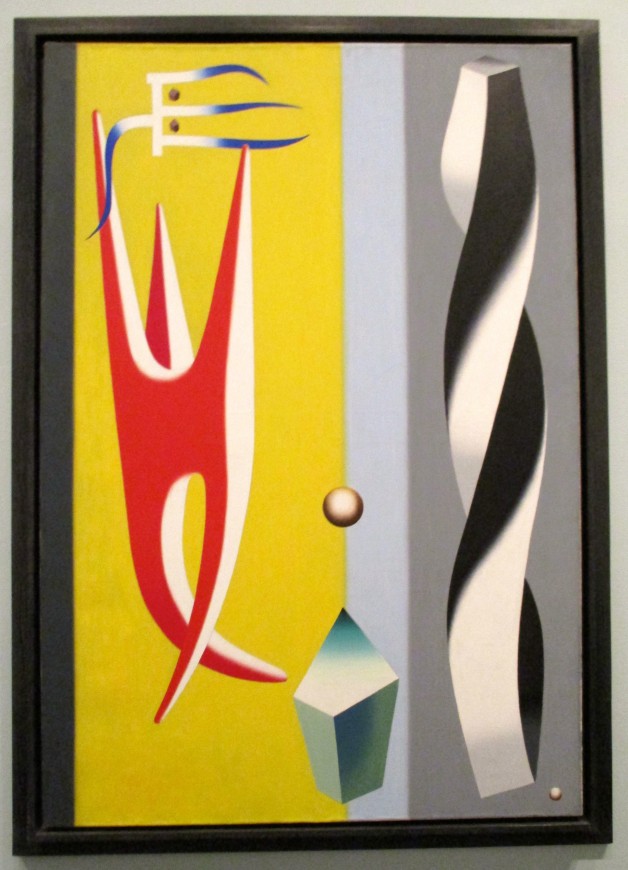 The strong three-dimensionality of the biomorphic and geometric forms in this composition makes them appear animated within a space bounded by color zones. Charles Biederman (1906 – 2004) had been experimenting with styles of European modernism since 1930 and had gravitated toward greater abstraction after seeing the work of Cubist artists, newly on view in New York. He painted this untitled work while living in Paris in 1936, under the fresh influences of surrealists Joan Miro and Fernand Leger, who preferred strange or oddly combined forms that were both unsettling and humorous.

Charles Biederman died at home in 2004 at the age of 98. His estate was given to the Weisman Art Museum at the University of Minnesota, which has organized traveling exhibitions of Biederman’s work