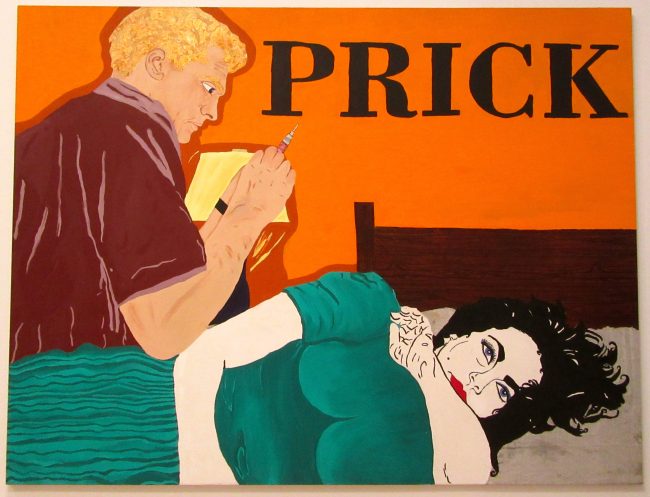 Kathe Burkhart’s Prick: From the Liz Taylor Series (Suddenly Last Summer) (1987) is based on a scene from the 1959 film Suddenly Last Summer, starring Elizabeth Taylor. The artist has amassed an extensive archive of film stills of Taylor, which she uses for an ongoing series based on the actress’s image — works she sees as self-portraits related to her own life through the choice of image and text. For Burkhart, Taylor represents an important and iconic early feminist:

“Liz Taylor as an actress was often gender nonconforming, and unlike Marilyn Monroe, Judy Garland and other Hollywood victims, she survived.

Photographed as Part of Fast Forward: Painting From The 1980s at the Whitney Museum of Americana Art, on Exhibit Through May 14th, 2017. 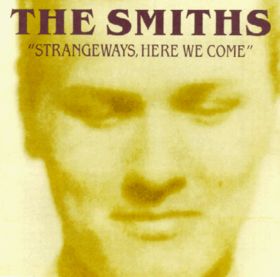 On this date, September 28th in 1987, The Smiths released their 4th and final studio album, Strangeways, Here We Come. The record includes two of my favorite Smiths tracks, “Death of a Disco Dancer” — on which Morrissey plays the piano, making it the only Smiths album to feature Morrissey playing a musical instrument — and “Paint a Vulgar Picture,” both of which are just brilliance distilled.

“My Way, Your Way, Anything Goes Tonight.”

On this Date, July 21st in 1987: Guns N’ Roses released their landmark debut album Appetite for Destruction, which would later spend five weeks on top of the Billboard 200 album chart. As of September 2008 the album is certified 18 times platinum. The band Guns N’ Roses in their original line-up – Axl, Slash, Duff, Steven and Izzy – were inarguable the greatest hard rock band of that era. The fact that Axl Rose could and would willingly destroy that band is proof enough to me that the man is mentally ill. You can read my interview with original GNR guitarist Slash from February 2001 at This Link.