I pass this mural often on the way to the Chelsea Art Galleries, but yesterday was the first time I’ve stopped long enough to photograph it. A collaboration between Brazilian Street Artists and twin brothers, Os Gemeos, and American graffiti artist Futura, this fun piece went up in early 2015. 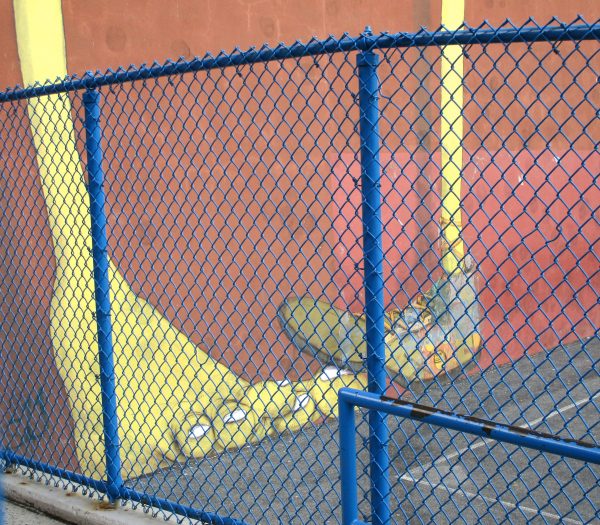 It’s always fun to discover cool new shops, restaurants and places to hang out in your own neighborhood, which was the case this past Saturday evening when we were introduced to the Dorian Grey Gallery, a hip art space located just west of Avenue A on 9th Street. Although Dorian Grey has apparently been open for close to two years, we had no idea it was there until we attended the opening night reception for the gallery’s currently exhibit, Group Graff. As you might have guessed from the name, and show “Tag” pictured above, this is a group showcase of various types of Graffiti and Street Art — a genre in which the gallery specializes.

Group Graff features works by New York artists such as Keith Haring, LA 2, Futura, Richard Hambleton, COPE 2 & CRASH, as well as International artists including Bansky and DOLK, and modern innovators XAM, SeeOne, Penn, Hanksy and AVone. Some of the pieces we had seen before but others were new discoveries. I’d say this a good exhibit to check out whether you are a seasoned fan of the Street Art or just want to get a bit of introductory exposure to this very hot creative movement. 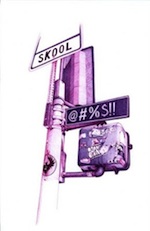 Several Works by Jeffrey Henriquez are Featured in the Show

Dorian Grey Gallery also seems to attract a fun and diverse clientele. We ran into a few old friends in the crowd as well as many local artists! We will definitely be keeping this place on our radar for future shows.