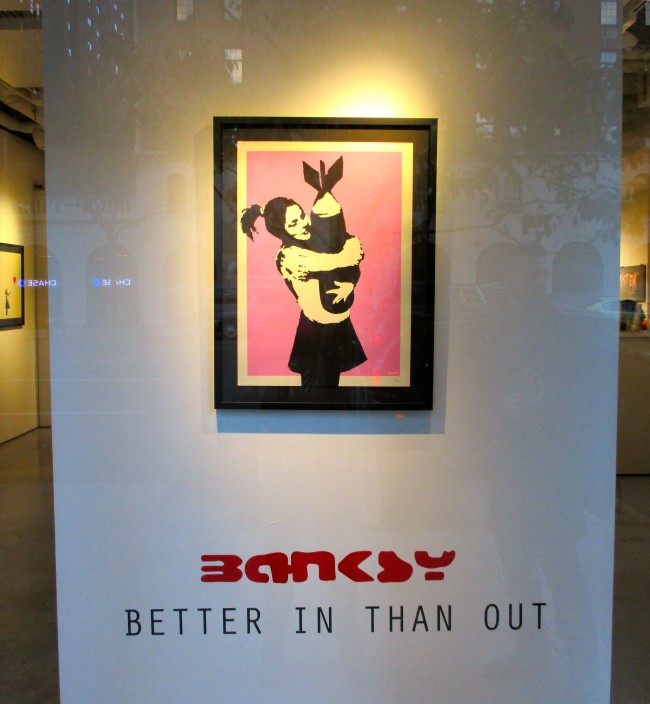 Bomb Love (All Photos By Gail)

Hey, did you make it to Dismaland? Neither did I, but here’s an exhibit you can see to help assuage your pain. Better In Than Out presents a comprehensive exhibition of Banksy’s artwork spanning a full decade. The  exhibition  includes works on paper, unique paintings and an original graffiti wall; including approximately 50 works beginning with an early-career canvas painting created in 2000 and rounded out by prints published in 2010. Most of these pieces we have seen before, but that’s what makes them classics! This showing of Bansky works celebrates the two-year anniversary of Banksy’s month-long residency in New York City.

Banksy has become synonymous with street art; legendary through controversy and mystique, the proverbial masked man has been prodding authority for over a decade while simultaneously inciting a palpable intrigue from the masses. By conveying his simple yet powerful messages, Banksy’s imagery from the streets has become iconography of today’s pop culture. 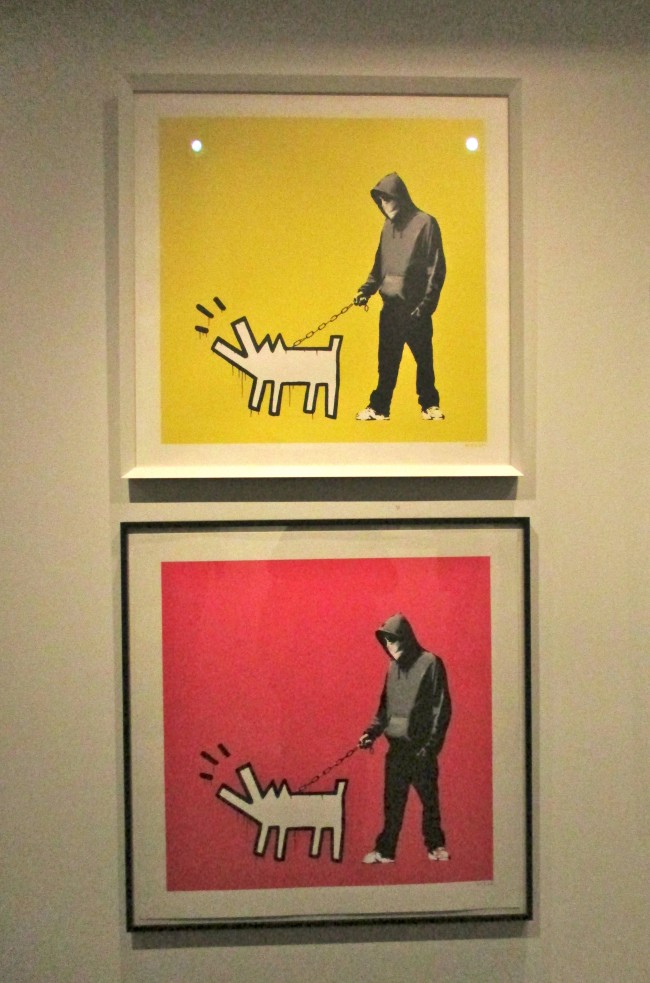 Whether his subjects are that of social commentary, sarcasm, anti-establishment, mock-propaganda or a call for governmental anarchy, Banksy seems to capture an audience from all backgrounds regardless of sex, race, nationality, or economic status. Although nothing is safe from his wrath, it is safe to say that Banksy has propelled a unique following and market unlike any in the art world. 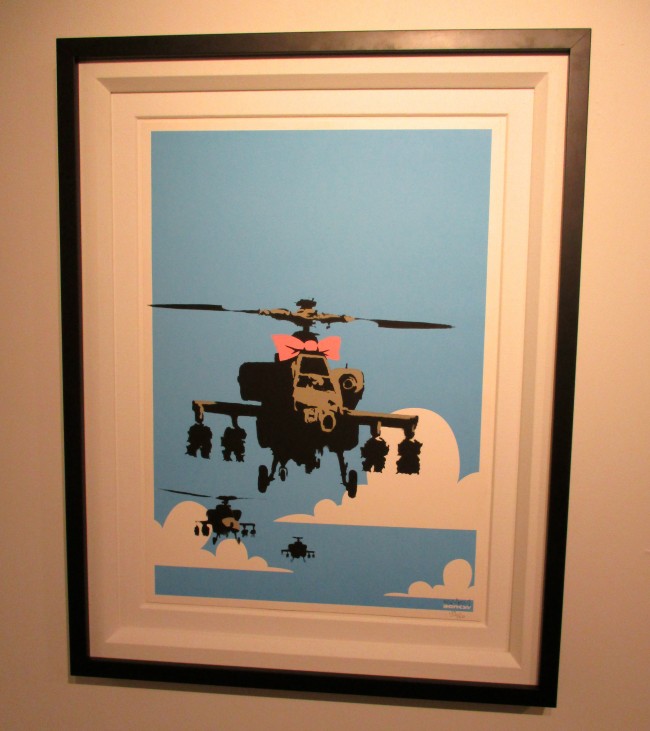 As you can see in this exhibit, Banksy has created, and recreated, many of his famous images as paintings, limited edition prints (less than fifty total images produced), and even sculpture. Taglialatella Galleries’ Better In Than Out brings Banksy to you in exhibition form, displaying works that were created for fans and collectors to enjoy.

Banksy’s Better In Than Out is on view only through October 31st, 2015 at Taglialatella Galleries, Located at 231 Tenth Avenue (between 23rd and 24th Streets) in the Chelsea Gallery District.

Do you like Uglydolls? I sure do, and I enjoy telling you about UGLYDOLL things that you can own, such as Pillows and Good Luck Totems. Thumbtack Press — a virtual gallery showcasing art prints from popular contemporary artists, as well as up-and-comers, at super affordable prices — has recently secured the exclusive worldwide licensing rights to UGLYDOLL art, and I couldn’t wait to tell you all about it. Because Uglydolls are awesome. 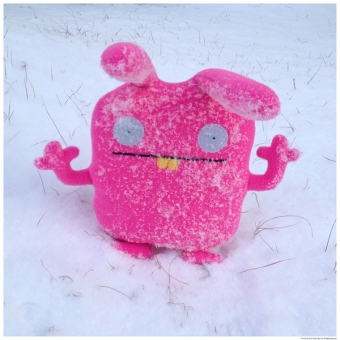 UGLYDOLL art prints feature your favorite Uglydolls hanging out in everyday places such as the supermarket and the park, having fun and living life the Uglydoll way! You want to own these prints! Prices start at just $19.99 (such a bargain!) for 14″ by 14″ prints, and Thumbtack also offers framing as well as canvas stretched prints, so you can decorate to fit your style. 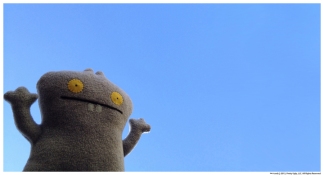 Please visit This Link to peruse the UGLYDOLL Art Gallery and pick out something Ugly to hang in your home today!

“In September 2006, I spent 10 days shooting the interior of legendary NYC rock club CBGB. Six weeks later the club closed its doors forever, and the fabled walls and stage were dismantled. A year after that, as former owner Hilly Kristal succumbed to cancer, a high-end clothing store negotiated to take over the space.

The club had been a favorite venue for countless rock and punk acts, but for those few days my experience of the club was the exact opposite of most people’s. I came to look forward to my visits as a time of peaceful solitude. I arrived each morning at 11:00 with my tripod and camera, greeted Hilly at his desk, and then passed into a silent and empty club. During the following three to five hours of shooting, I rarely saw another human. The club was so dark, even during the day, that I had to carry a flashlight. After framing each shot, I took five to seven bracketed exposures, with each exposure lasting as long as 30 seconds, and I ended up with more than 1800 individual frames.

And that’s how I came to spend hour after hour sitting stock still in CBGB, alone in the dark among the empty beer bottles and broken guitar strings and abandoned drum sticks, waiting in the silence for the shutter to close.”

Limited edition prints of the CBGB Stage (Above, click This Link) and the venue’s Cash Register (Below click This Link) are available while supplies last via Jen Bekman’s 20X200. All prints are available framed or unframed, Artist-signed + numbered with a certificate of authenticity included. These prints are very reasonably priced and will sell out fast, so get them while you can! 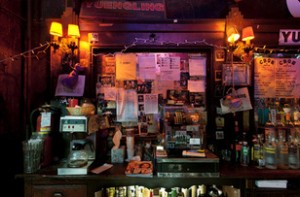