Mural by TomBob. Photographed on Elizabeth Street near the corner of Prince Street. 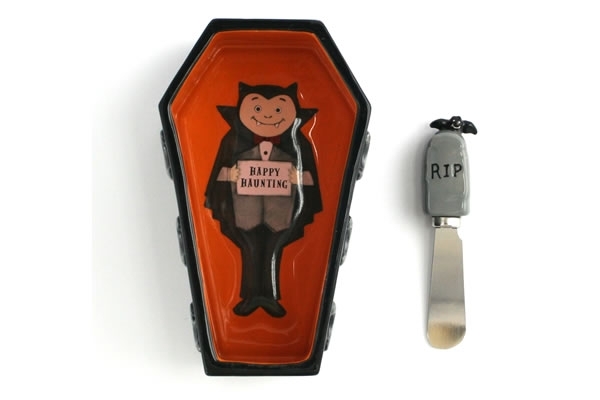 Here’s something else you need to make sure your Halloween party spread is scary delicious: a Coffin Shaped Dip Bowl complete with little Vampire in it and Tombstone-topped spreader with a bat on it! Very Scary!

Get yours delivered in time for the party for just $19.95 at This Link! 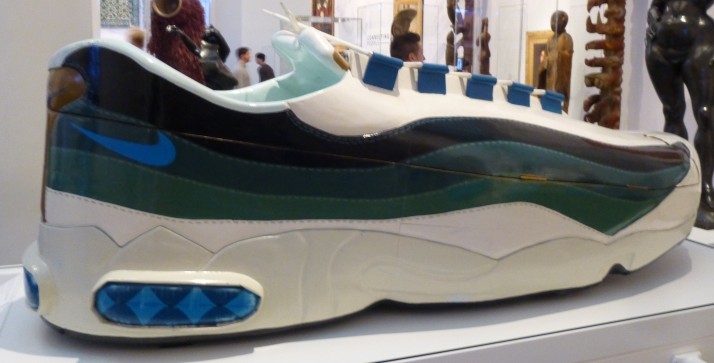 Ooh, a little vampire-containing coffin on a chain! What Goth aficionado wouldn’t want to wear this, I ask yez?

Pick one up now for yourself — or to give as a gift to your favorite fan of the undead — for just $25.95 at This Link!

Because You Love Bacon to Death

J&D Foods, the makers of delicious Baconaise (it’s Kosher) and Bacon Salt (I own it) have thrown down the gauntlet with the launch of their new Bacon-themed coffin! It’s not actually made of bacon (because that would be just weird, right?) but it is painted in a lovely Bacon-esque design of brown and gold bacony stripes. Seriously, look at the sheen on this thing! It looks like a new car! The Bacon Coffin is sweet ride to the afterlife indeed!

J&D’s Bacon Coffin is in stock now and priced to move at just $2,999.99! Bacon Fans who are dying to pick one up can click on over to This Link!

Thanks to Nick at The Littlest Winslow For The Tip! 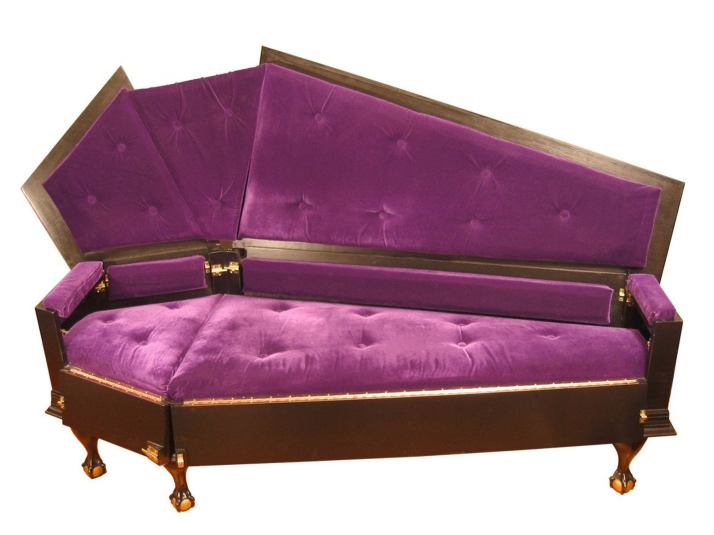 Why not enjoy the comfort of the afterlife today? Through the miracle of modern carpentry you too can have your own earthly piece of heaven. This little gem has a velvet covered thick foam cushion and classic metal spring construction seat. It folds up to a fully shut position. Available in purple, red, or black fabric. Sells for $8,000, plus shipping, from Von Erickson via Etsy.